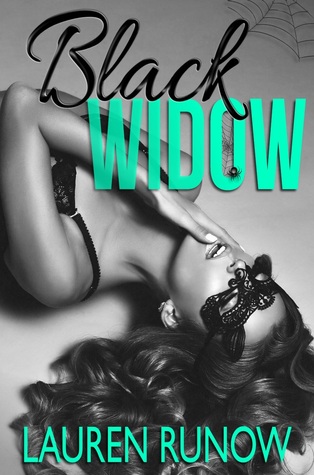 Preston
I bury my pain in a sex club. I can be anonymous and still be faithful to my deceased wife’s memory. At the club, I can give and receive pleasure without guilt or attachment. My mask hides the lies of my past.

When their worlds collide, fantasies become a reality by pushing boundaries. The anonymity of Bridge offers protection from painful pasts, cunning schemes and dangerous lies. But when the masks are removed, there are no safewords to protect hearts and lives from buried truths.

This is a stand-alone novel.

If you like steamy romance books this book is not for you…only because this is HOT, HOT, HOT!! Ms. Runow takes you to some crazy places emotionally too. She takes you to a very sad place when describing how both Preston and Kamii tragically lost someone who meant everything to them. After feeling so sad you are quickly thrown in to some scenes that had you needing a cold shower. Ms. Runow also throws in a good amount of suspense keeping you guessing as to who is going to be killed and by whom. So there is something for everyone. It seemed like every phase was very intense and had you wanting for more.

After living through their tragedies Kamii turned in on herself and concentrated on her work which was as an attorney and Preston started his very own sex club. His club was very secretive as everyone was required to wear a mask which let their members be completely anonymous. Kamii’s new found friend Becca pulled her out of her rut and showed her how to let go and get her mind on other things than what had happened to her husband. Well, maybe she took her a little further out of her rut than most friends would because it was Becca who introduced Kamii to the Bridge sex club which Preston owned. Becca knew Preston personally because she also worked with him setting the Bridge up. Kamii was nervous and never thought that this would be something that she could do but in no time Kamii was finally pulling out of that shell she had herself in since her husband’s death. There was one person in particular that she felt a pull toward but she didn’t know who this mysterious man was. Only because Becca was there when the club began she knew exactly who it was that Kamii was drawn to. As Becca and Kamii became more and more involved within the club it all came crashing down when Kamii went to check on Becca since she wasn’t answering her phone and found her murdered.

Preston set his very own sex club up as an outlet and escape from losing his wife. He was drawn to Kamii even before she became a member of Bridge after seeing her out at a bar with Becca one night. Then when she showed up at Bridge he did everything he could to single Kamii out exclusively because he like her, felt this pull. As with Kamii everything came crashing down yet again in his life when Becca was found murdered. There was so much evidence left at the scene and everything was pointing to Preston as the culprit. Kamii knew that Preston couldn’t have done it no matter what all the evidence said so she stepped up and became Preston’s lawyer.

Did Preston finally break from losing his wife so tragically or was there more to this than everyone thought? Preston did have an alibi but it was one that he was not going to use to keep his butt out of prison. This club and their anonymity meant everything to him and he was not about to give anyone away. Even though Kamii was falling for Preston was she willing to help the guy accused of killing her best friend or was this all more than even Kamii could handle? All I can say is that this book sure could make you blush…but it was so fun reading about it! Besides the awesome sex in this book Ms. Runow sure knows how to write a great thriller/suspense plot as well. There are a lot of twists and turns and one huge surprise at the end. I definitely have found myself and another author to follow and I can’t wait to see what she has in store next for us.