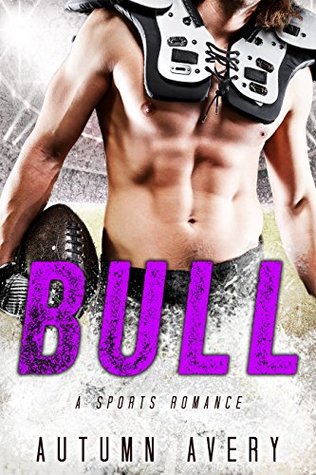 He’s an animal.. On and off the field.

I’ve got it all: the yards, the trophies, the millions of dollars and any girl I lay my eyes on. And why shouldn’t I? I’m the NFL’s hottest running back carrying my team to a national championship.

They call me “The Bull,” and so far no girls been able to tame me.

Many have taken the ride, but it’s going to take a lot more than one hot night to lock down a winner like me. But when I blow a hamstring and meet Jane, my smoking hot physical therapist, I realize I may have just met the one.

Our night together was off the charts on the hotness scale, but she’s convinced I’m nothing but a player and threw me out of her life. She’s ducking my calls and skipping our appointments.

I guess most guys would back off, but Jane must know by now,I’m not most guys, and I get what I want.

BULL is a stand alone fun, steamy, over the top, romance with no cheating and a guaranteed happily ever after!

A sports romance with a football player who is the all-star of the team and he knows it. He’s cocky, handsome and loaded with more muscles than anyone has a right to. With all of this going for you, you wouldn’t think that there would be anyone out there not knowing who Colt “the bull” Taylor is but physical therapist, Jane has no idea that this hulk of a man trying to beat her at darts in a little hole in the wall bar is the famous Alabama running back. At first Colt thinks she’s bluffing at not knowing who she is dealing with but as time goes on that night he realizes it is no joke.

Jane is still holding on to that v-card and waiting for just the right guy to come along who she thinks is worthy of it. With that said you wouldn’t think that she would be willing to give it up to a stranger in the bathroom of the bar on their first time meeting each other just because he won their bet at a game of darts. It was more than either of them could imagine; Jane because it was beyond expectations on how her first time would be and Colt because he has never felt a pull to want to hook up for another go round with anyone except for this witty, smart mouthed girl.

Of course not everything is peachy and we have Colt getting injured in a game plus add to it that he has a crazy stalker who is living in a fantasy world with Colt and her as the stars of this game. Is Colt ready to actually commit himself to just one girl? Also, once he is injured is there any hope of his comeback? You better be ready for an “in your face” book that will leave you hot and bothered! The banter between Colt and Jane is priceless and the tension that comes from the stalker will keep you turning pages to see if she follows through on her crazy ideas. 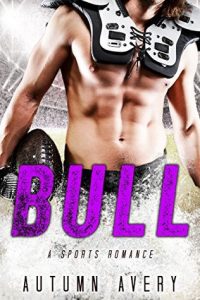