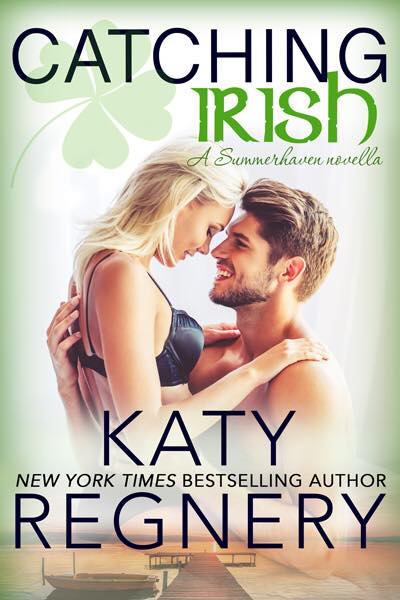 Finian Kelley and Tate Jennings met at a wedding…
…but that doesn’t mean they had romance in mind.

Since meeting Finian Kelley at a wedding last fall, where they agreed to be physical with no strings attached, Tate Jennings can’t get him out of her head. So when an invitation arrives at her Florida condo, inviting Tate to spend St. Patrick’s Weekend back at Summerhaven where Finian works, she can’t resist heading up to New Hampshire for the festivities.

Having just gotten out of an awesomely bad relationship, Finian Kelley has sworn off romance, which is why it’s good that hottie Tate Jennings lives far away in the Florida Keys. They may have fooled around at Rory’s wedding, but at least they have no future together, right?

Wrong. When an annual celebration brings Tate back to New Hampshire, will Finian be able to stay away from the woman who’s already made an unwanted impression on his heart?

Return to Summerhaven one last time for this sweet, sultry, summer novella!

I was so not ready for this story to end. Catching Irish is the fourth and final addition to the Summerhaven series by Katy Regnery and gives us an absolutely fantastic ending with this enchanting and lovely romance. Though Fin and Tate’s story is novella length, it is packed full of hot and sexy escapades between these two characters as well as sensual and heartfelt moments as their connection deepens. Though Tate endeavors to keep the walls erected around her heart to keep it safe and protected, Fin’s longing and caring for her slowly cracks them. But will Tate ever be able to truly let them down and allow Fin to encompass the heart she has forever tried to protect from shattering in pain again?

My eyes definitely misted up more than once as I read their story. The deep connection they both seemed to experience even though Tate continued to try pushing Fin away all while simultaneously pulling him closer was just magical. Ms Regnery also gave us little snippets of her characters from the first three novels which so completely rounded out this series for me. I fell in love with the Havens with book one and that love continued to grow right through to this charming and amazing conclusion.