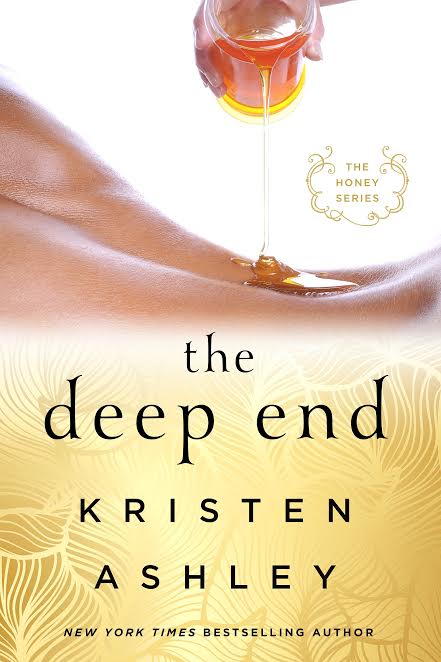 Olivier isn’t sure what he’s gotten himself into when he joins the Honey Club, only that a dark part of him hungers for the lifestyle offered by this exclusive club. Here, no boundary will be left untested…and one’s deepest fantasies will become an exquisite reality.

When Amélie invites Olivier to surrender, she gives the alpha submissive what he craves. Soon they both find themselves falling harder than they ever anticipated—but as their connection deepens, the truth about Olivier’s past could destroy everything…

Gripping and seductive, The Deep End is the first book in a sensational new series from bestselling author Kristen Ashley.

As he slowly closed the door behind him and moved his eyes to look through the room, taking it in, she watched them get wide.

They dropped to her and his amusement was clear. Not only radiating from his gaze but twitching his lips.

He thought this was funny.

She hoped like fuck she had the opportunity to prove him wrong.

She crossed her arms on her chest and slightly put out a foot, like she was about to start tapping her toe. In the wrap dress she wore, she knew this opened the overlap, not exposing anything, but the promise for him was impossible to resist.

His attention dropped to her legs.

“In the playrooms,” she began with a snap, and his gaze cut to hers, “I want eye contact. Unless otherwise instructed, you should not only feel free to look me directly in the eyes, if I’m in your line of sight or I’m not giving you something that your body’s natural reaction would make it difficult to meet my gaze, I require it.”

She stood there staring as he did nothing but dip his chin in acknowledgment.

“Unless I’ve asked for their silence or for them to ask for leave to speak, I also require my toys to respond when they’re spoken to. Even if it’s only a ‘yes, Mistress,’ or ‘no, Mistress.’”

His stance relaxed, like he was settling in at the beginning of a show he found vaguely intriguing, and his deep rumble of a voice bounced like boulders through the room. “Yes, Mistress.”

Christ, even his voice declared his challenge.

“Excellent,” she allowed. “Your name?”

Also unusual, at least in this country. And interesting.

She liked it a great deal.

He let her, holding her eyes.

“I know. You got a lotta fans out there…Mistress.”

The hesitation over him saying “Mistress” gave less of the impression he was testing her and more of the strange impression the word was unpracticed when, with any experienced sub, it would slip right off their tongue.

“There are things we should go over,” she remarked.

“Right,” he stated, his big body adjusting again, now like he was settling in further, intent on giving her the same attention he would a flight attendant who gave the safety address.

That being no more than a courtesy.

She fought the shiver his actions created but allowed the irritation.

“Your safe word is kitten,” she stated.

“You’re open to any kind of play,” she went on.

“It’s important and now’s the time to share should there be anything you wish me to shy away from, Olivier. Especially as this is the first time I’ve played with you.”

Something in his eyes flashed. Blue eyes that were the color of nothing and everything. Not sky. Not sea. Not midnight. A pure blue that only existed in the unchartable depths of a rainbow.

She felt that flash snake up between her thighs, taking residence in her womb.

He wanted this conversation done so she would play with him. He wanted the preliminaries over so they’d get to the good stuff.

She stared into those blue eyes and for a moment felt mesmerized.

For God’s sake, Leigh, she berated herself in an effort to pull it together. Rainbow?

“I’m open to anything,” he confirmed.

Kristen Ashley was born in Gary, Indiana, USA and nearly killed her mother and herself making it into the world, seeing as she had the umbilical cord wrapped around her neck (already attempting to accessorise and she hadn’t taken her first breath!). Her mother said they took Kristen away, put her Mom back in her room, her mother looked out the window, and Gary was on fire (Dr. King had been assassinated four days before). Kristen’s Mom remembered thinking it was the end of the world. Quite the dramatic beginning. 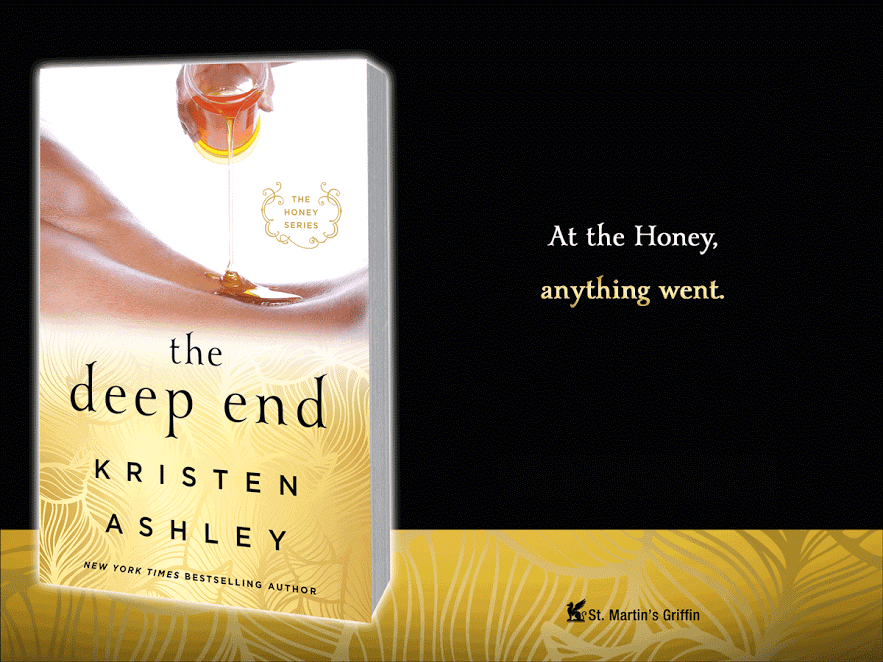