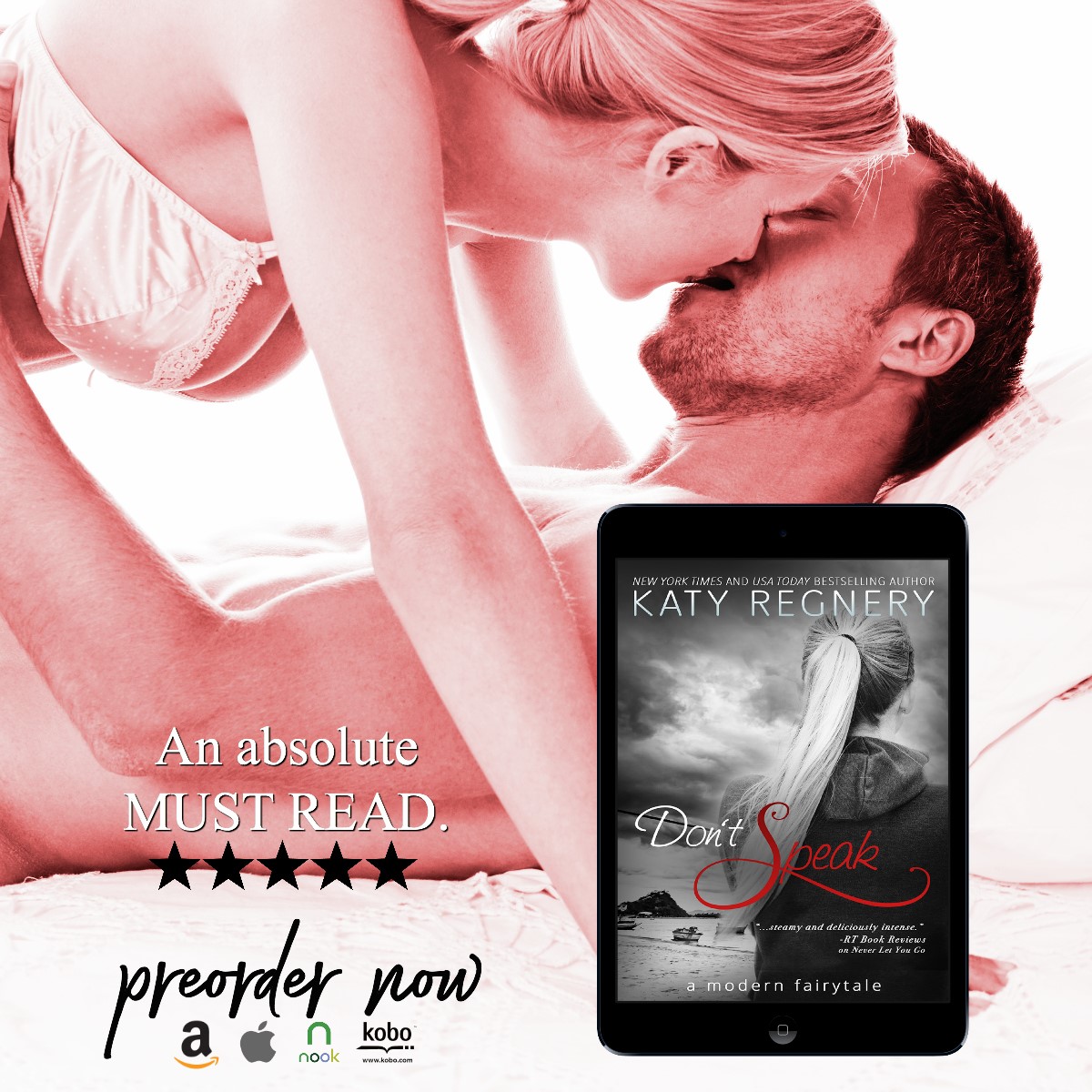 Check out the trailer for DON’T SPEAK by Katy Regnery and enter the PREORDER GIVEAWAY!

In this modern retelling of The Little Mermaid, a fisherman’s daughter from an Outer Banks island untouched by time, meets the son of North Carolina’s governor at a fancy party where she’s working.

Laire, who wants so much more from life than her little island can offer, is swept away by wealthy, sophisticated Erik, who is, in turn, entranced by her naiveté and charm. The two spend a whirlwind summer together that ends on the knife-point of heartbreak and forces them to go their separate ways.

Years later, when fate leads them back to one another, they will discover the terrifying depth of the secrets they kept from each other, and learn that shattered hearts can only be healed by a love that willfully refuses to die.

All novels Katy Regnery’s ~a modern fairytale~ collection are written as fundraisers. 10% of the e-book sales for in March and April 2017 will be donated to P.E.O. International, a non-profit organization that celebrates the advancement of women, awards scholarships and grants, and provides motivation for women to make their dreams come true.

**Contemporary Romance. Due to profanity, adult themes and very strong sexual content, this book is not intended for readers under the age of 18.**