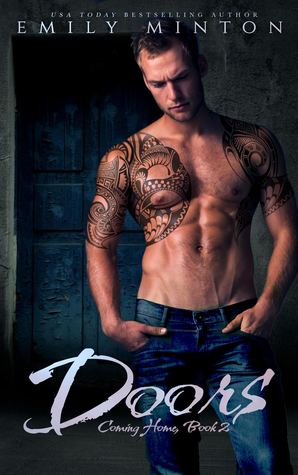 Six years ago, Daniel Abbott bailed on his fairytale life and walked away from his ideal job, his best friends, and Tara, the girl of his dreams. No stranger to pain, he had never been one to take the easy way out, but the thought of Tara’s betrayal– a thought confirmed by her unexpected pregnancy– was more than he could endure.

Tara Dupre had her fairytale life ripped away from her when Daniel walked out of her life. She knew she would never be over him. He was her one true love. After he left, she closed off her heart, moved on, and tried to make a life for her and her daughter. But she never got over the love they once shared.

Now, Daniel is home, and he’s fighting to get his family back. When Tara sees him, she realizes the love they once shared never died. She has to ask herself if love is enough, though. She’s not sure she can trust him not to hurt her again, or to be the father their daughter needs.

With danger lurking, Tara is forced to let Daniel protect her. He realizes that this could be his only chance to get his family back, but knows that sharing a home is not the same as having her heart. Will Tara open the door to her heart and allow Daniel back in?

This book sure makes the old saying “short and sweet” a true statement again because even though it was short it was packed full of a lot of different emotions. The author knows how to draw you in immediately and she keeps you there the whole time. Doors was about a lot of misunderstandings and the power of real love between a man and a woman and parents and their children. Sure I wish it was longer but I wish that no matter how long a good book is. So whatever you do don’t let the length of the book keep you from reading it because you will be missing out on one hell of a good story.