MY father always said I would know when the right woman came along. He was such a wise man. When it happened, I didn’t even question it because the process was so effortless. I just fell into her . . . because my heart knew her right away.

Knew she was the one for me.

I’d known her for years actually. She came to Blackstone Island to live with her grandmother after her parents were killed in a car crash. A devastated fifteen-year-old trying to adapt to a new life in a new place, trying to find where she fit in to a world so different from where she’d come—a forty-square-mile resort island off the Massachusetts coast where her grandmother ran the household at Blackwater, the family ancestral home.

Should have known of her, that is.

Our paths didn’t cross that I am aware of, but it’s possible. I rarely visited the island in those days because I was a twenty-three-year-old junior executive fresh out of Harvard Business School, learning everything I could about the family business. I traveled the world, enjoying the excitement of international boardroom deals by day and socializing at off-hours business affairs by night. I worked hard at both. Affairs, liaisons, one-night stands had all come and gone without a backward glance. Nameless faces and unremarkable encounters filled my nights whenever I wanted them to. The hopping nightlife of the big cities with even bigger players vying for a piece of the pie became my normal. I embraced every aspect that came with the lifestyle. Wealth, sexual favors, a certain celebrity born out of my name, all collected with barely any effort. For the next eight years, I had the world in the palm of my hand as I went about amassing a personal fortune in addition to increasing the family coffers.

Or so I thought.

I didn’t yet know what was missing from my life. Until her. And then, when I realized exactly who she was, and how fate had gotten the last laugh on me, it was already far too late. She’d bewitched me utterly. And furthermore, I knew she had no idea who I was or what ties connected us.

Maybe that’s what made her so intoxicating?

I didn’t know and I didn’t care because it made absolutely no difference to me. I wanted her with a primal desire I could barely understand, yet I embraced that desire wholeheartedly because I was incapable of doing anything else with it. How could I not? She had enchanted me.

However, once my brain managed to catch up, it wasn’t quite so effortless to accept this new and unfamiliar reality of feeling something for a woman beyond the unquestioning curiosity of when and if we might fuck.

I struggled against the idea of her at first for a few reasons. She was too young. My mother would never approve of us together. Others in my world would probably chew her up and spit her out, destroying her sweetness. But I soon found out my heart didn’t give a flying fuck about any of those reasons. The heart wants what it wants, and I’d discovered that for my heart, “want” was all wrapped up in the package that was Brooke Ellen Casterley.

The death of my father from the evils of cancer was an eye-opener for my siblings and me. Money can buy a lot of things, but it can’t stop the grim reaper from calling on you if it’s your time to go. Death was called the great equalizer. And it truly was. Wealth is a trivial thing when it’s only extra fuckin’ zeros on a balance sheet that makes any difference between lives lived. Doesn’t matter if you are rich or poor when you die, because none of it counts at the end. You leave this life the same way you come into it. You go out alone and take nothing. “There has to be more to life than making money, son,” he told me at the end. He took hold of my hand and squeezed as hard as his frail strength could manage so as to make me understand the importance. He had regrets and wanted to share with me what he’d learned to prevent me from making the same mistakes. I understood him clearly.

The most essential value my father tried to teach me along with my brothers and sisters was the idea of family. Family took precedence over money. “Take care of the family first and the wealth will grow, Caleb,” he said.

A strong family moving forward was the only thing that truly meant anything at the end of the day.

The Blackstones had been here on the island since the days when the Mayflower made its treacherous journey to the untamed American shores. As the eldest son it was my duty to make sure the Blackstones would still be here a hundred years from now.

My plan to fulfill my duty included her. It wouldn’t work any other way for me. I knew it the first time I ever felt the heat of her eyes as they burned me from across the room.

I knew it down in my bones.

I was going to marry that lovely, beautiful girl from England, and she would be mine.

Billionaire Caleb Blackstone lives in the glamorous world of wealth and success, with every material luxury. But the moment he sees Brooke Casterley, none of that matters. Caleb is filled with a raw, undeniable need that he can’t ignore…for a girl who is so completely different from everything and everyone he’s ever known.

Only Brooke isn’t looking for love. She knows all too well just how much damage the wrong guy can do. Still, what sane, broke British girl can resist the charms of an incredibly sexy, chivalrous billionaire? What starts as flirtation quickly turns into all-consuming passion. Nothing could have prepared her for the searing heat of Caleb’s touch—or just how much she craves him.

Their whirlwind romance is the stuff of high-society fantasy—but for every moment of pleasure, there is a cost. Past mistakes and tragedy shadow them both…and falling for him might be the kind of trouble she can’t afford. 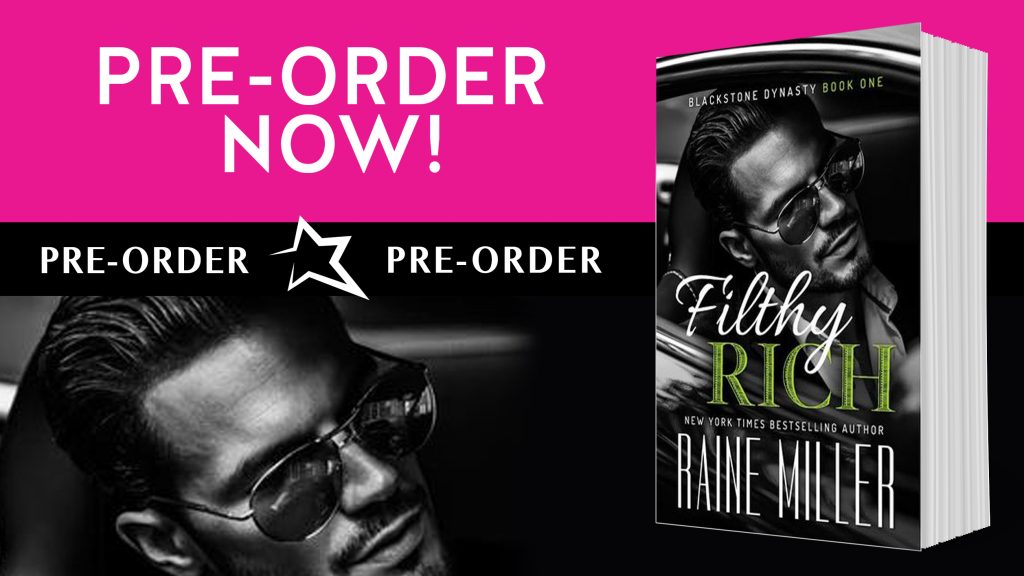 Are you ready for Caleb Blackstone?