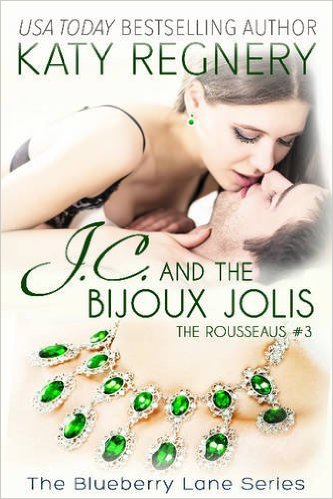 …so begins a rocky acquaintance between Jean-Christian “J.C.” Rousseau and Libitz Feingold at the wedding of J.C.’s brother and Lib’s best friend. While manslut best man J.C. is surprised when maid of honor Libitz soundly spurns his advances, his curiosity is piqued. The girl he couldn’t have becomes the only one he wants.
So, when he finds a seventy-year-old portrait in the attic of his sister’s mansion that bears an uncanny resemblance to the prickly gallery owner, he enlists her help in solving a mystery seven decades in the making. Traveling from Philadelphia to New York to Marseille, a couple who started off as enemies will discover that even cynics can find true love…and mortal man is no match for destiny.
Get to know the families of Blueberry Lane!

As soon as I finished JC and the Bijoux Jolis, I suddenly felt so emotional over this story I just didn’t know where to start my review. Katy Regnery has returned us to Blueberry Lane in this 14th installment to the series with the story of Jean-Christian Rousseau and Libitz Feingold. The special connection these characters share through their love of art and specifically the painting J.C.’s sister discovers in the attic of her home really sets a special tone for this romantic love story. Not to mention the historic element Ms. Regnery delivers which makes this novel uniquely different than the others in this series drawing me in very deeply.

Growing up watching the troubled relationship between his parents, J.C. has always lived his life never opening up his heart to any woman. Seeing the hurt in his Mother’s eyes after the never-ending indiscretions of his Father, he never wanted to be the reason for seeing that kind of pain in the eyes of a woman thereby leading him to live his life without love. But from the moment he met Libitz, J.C. felt an undeniable and intensive pull to her spirit that he had never before experienced. Libitz likewise had never felt a bond with any man’s heart. That is until the night she met Jean-Christian at her best friend’s wedding. Although they continue to verbally spar with each other that only serves to intensify the attraction they both feel, notwithstanding the passionate kiss they shared that night which intensely affects them both.

Although desperately trying to discount the attraction they feel, neither Libitz nor J.C. is able to erase the visual images of that night. So when their lives cross paths once again two months later, both J.C. and Libitz realize they cannot continue to ignore the powerful gravitational pull between their spirits. But being aware of his lustful past, will Libitz ever truly be able to put her full faith and trust in Jean-Christian, and will J.C. ever be able to lay to rest his past and finally open up his heart completely to the one soul with which he may have always been destined to find his happily-ever-after?

First and foremost, the historical element to this story was absolutely fantastic. That is not to say that the romantic aspects didn’t completely touch my heart, but the way Ms. Regnery intertwined the history and mysterious element the surrounded Les Bijoux Jolis was absolutely magical. The way it drew the souls of Jean-Christian and Lib together through their mutual love of art as well as their irrefutable passion for each other was beyond enchanting, as was the undeniable path on which destiny would lead them both. Though neither J.C. nor Libitz have ever experienced the emotional draw to any other soul as they have with each other’s, as they find themselves inexplicably drawn together through their mutual allure to the painting, they also begin to discover the deep connection to each other that they were destined to share for an eternity.

Once again, Katy Regnery has delivered an absolutely fantastic story of love and passion. The enigmatic component to JC and the Bijoux Jolis coupled with the almost mystical and seemingly predetermined path these characters’ souls are meant to travel together unquestionably captivated my heart and my mind. Although I have loved each and every story throughout the entire Blueberry Lane series, the fate which exists and surrounds their lives demonstrates to me that Jean-Christian and Libitz were meant to find each other. This story positively mesmerized me from beginning to end and absolutely made my heart shudder. 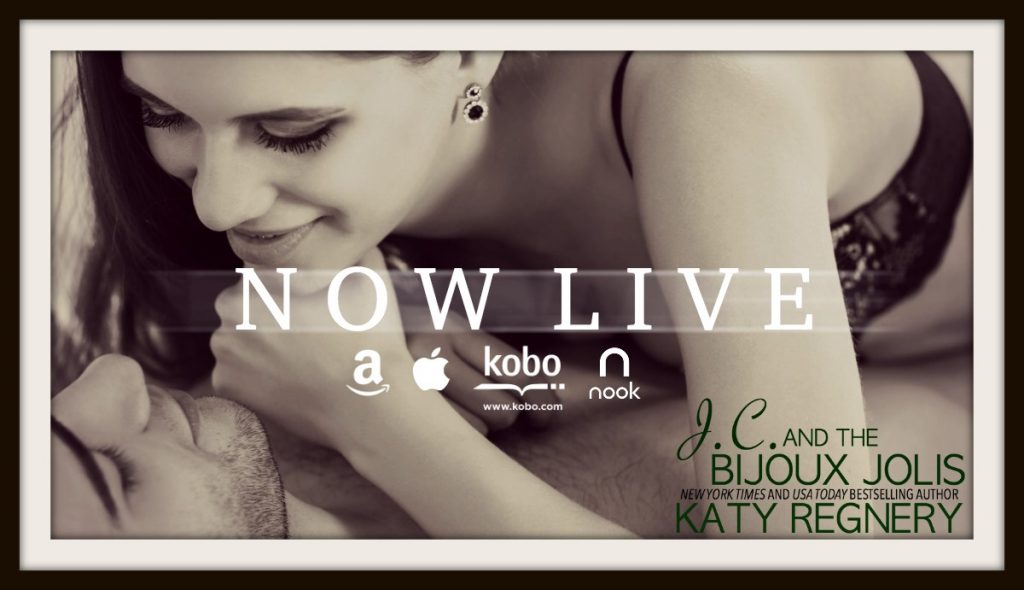