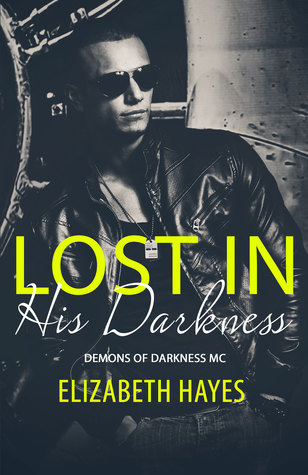 This book contains substantial adult content and language. It also contains topics that may be disturbing to some readers. This may includes topics of drug use, rape,
graphic violence, and or domestic abuse.

I came to the club as an unknown. They turned me into a club whore. They used me. That’s ok though because I used them too.
One member changed it all. He stripped me bare. Scared me out of my routine. I’m lost. Will I ever be able to go back?

Do not pick this book up unless you can handle dirty, gritty, erotic situations involving an outlaw biker club and the whores they keep. For those of you who like this kind of stuff…holy hell this book is for you! Trix had enough of the foster care system after years of abuse and being raped repeatedly by two other kids in her last foster home. What could be worse than living in those kinds of conditions? After being on the street for a bit she was found by the Prez of the Demons MC in an alley unconscious and terribly beaten. That’s how Trix ended up at the clubhouse and became one of their whores.

Nix was one of the brothers who knew how to extract information from people but he did have a soft side for Trix. Even with Trix’s position at the clubhouse everyone knew that Nix was exclusive with Trix as she was with Nix…that is until Disco wanted in on Trix. Since Nix never claimed Trix she was by all rights free for any of the brothers to claim and that is exactly what Disco did. The only thing with Disco was that he was a sadist who when he was finished with one of the whores they always ended up dead.

So, was Nix able to save Trix from Disco or would she eventually end up the same way the rest of Disco’s conquests did? Did Trix even want to be saved by Nix when he had every opportunity in the world to claim her but left it possible for Disco to step in? Trix was also harboring some very big secrets of her own that could blow everything wide open and she hadn’t shared any of this with anyone at the clubhouse.

This was a fantastic biker book which was more on the darker side of things. The sex scenes were more erotic and the violence done to and by others was pretty intense. For me, it held me in anticipation as to where Ms. Hayes was going to take us to next. You will not be disappointed. The twists and turns that this book took had you sitting on the edge of your seat. I cannot wait to read the next book in this series and I am sure that Ms. Hayes will still use all of her nastiness that she used in this book.