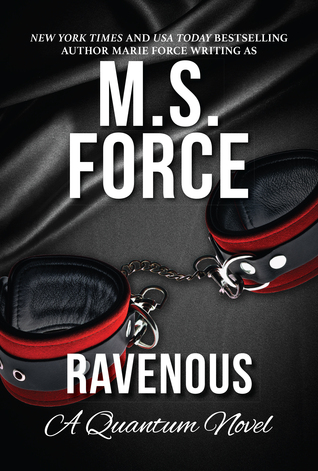 She wants a baby. He wants her. Simple enough, right?

Ellie Godfrey has kissed her share of frogs. So many, in fact, that she fears she won’t recognize her prince if and when he finally comes along. Tired of waiting for THE ONE, Ellie decides to have a baby on her own before it’s too late.

When Jasper Autry hears about Ellie’s plan, what else can he do but step in and offer to “contribute” to her project. Does that make him an opportunist? Whatever. He wants the perpetually out-of-reach Ellie Godfrey, and when he sees his chance, he takes it. That she’s the sister of his business partner and close friend Flynn gives him pause, but it doesn’t stop him from having what he wants.

As Jasper and Ellie embark upon their secret “project,” he makes it clear that for as long as they’re together, he’s in charge—in the bedroom anyway. After the hottest sex of her life, Ellie realizes she’s made a deal with the devil himself.

This is the Fifth book in the Quantum Series. I really enjoy this series. These books get down to the nitty gritty; there isn’t a lot of fillers or fluff. I really love the characters in all these books. You find yourself rooting for them.

Ellie wants to have a baby, she’s tired of waiting for the right one to come along. She decides she’s gonna do something about it. While on vacation she confesses to her friend Jasper what she plans to do. He jumps at the chance to give her what she wants but the old fashion way. Boy did the fireworks begin!

While they first agreed to do this legally they realized their feeling were much stronger and always had been. Except Jasper has a secret that could change their lives and he’s not willing to put Ellie and their child through it. Like every good couple they try to fight it but in the end love wins out.

I can’t wait for the next book! As always Marie Force out did herself. This is a new genre for her and she knocks it out of the park. I love every book she has written. Each unique in every way. I always come back for more.