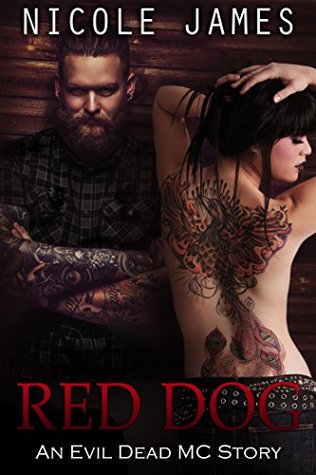 The boys of the Evil Dead MC are out on business—the shady kind that happens in the dark of night miles from nowhere—when Red Dog gets a call from one of his club brothers. Seems Red Dog’s ol’ lady has picked tonight to take off and go drinking fifty miles from home.

The fact that she waits until he’s six hours away—doing an arms deal on the California-Oregon border—to pull this stunt, doesn’t amuse him.

Just wait until he gets his hands on her.

Only problem is—that may be easier said than done.

What ensues is a game of hide-and-seek with the boys all helping their MC brother track down his ol’ lady.

Along the way, Red Dog remembers why he fell in love with his little China Doll in the first place.

And he’ll be damned if he’s going to let anything or anyone keep them apart again, not even her.

I am a huge Evil Dead MC fan so when Red Dog and Mary’s story came out it was a must read. Yes, it was short but it felt complete so that says a lot. When Red Dog was away on a job he finds out that Mary has left him and he has no idea why. Sure in the past he screwed up big time which got settled when Mary took a bat to his head. Evidently it knocked some sense into him because he has been nothing but faithful since…that is until Mary receives a picture on her phone.

What was that damn picture that put Red Dog in a position to lose Mary and Billy? Did Red Dog cross that line again? You know bikers, it is a possibility! But in this novella you get to learn how Mary and Red Dog connected and when brings them to the point that they are at now. I loved this novella and can’t wait to read more on the Evil Dead MC. 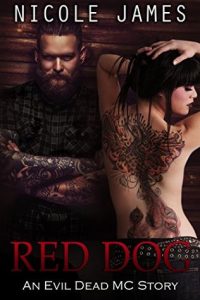