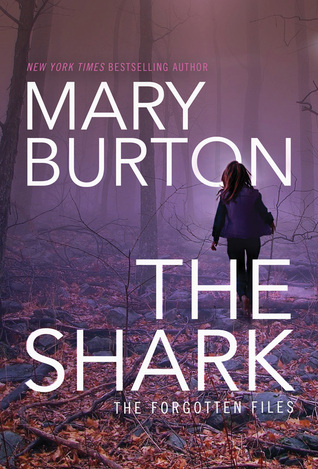 At the grisly murder scene of a teen prostitute, Virginia state trooper Riley Tatum’s past roars back to haunt her. When she was a teenage runaway, she was kidnapped, drugged, and left unconscious on the streets. She has no memories of what happened, only strange recurring dreams of two men playing cards.

Former FBI agent Clay Bowman, Riley’s old flame, is Shield Security’s newest member. He’s plagued by the unsolved case of a serial killer nicknamed the Shark who murdered girls as part of a sadistic poker game. Only one girl survived. With the Shark now bent on evening that score, Clay has a chilling suspicion: Riley is the girl who escaped the Shark’s deadly amusement—and she is his next prey.

As the Shark gets ready to play his hand, can Riley and Clay stop him—or will this killer finally claim the one who got away?

I love Mary Burton! Once I found out what a great author she was and how she could write these fantastic suspense thrillers I am always on the lookout for what she has coming out. For those of you who like romance and heart pounding suspense this is a book you have to read asap.

The Shark has had Riley in his sites for years and after all of this time he is ready to “play” with her life again. Riley was forced to the streets at a young age after her mother died leaving her with a perv of a step-father. After coming in the crosshairs of the Shark and his sick gambling issue her life was spared after someone beat the Shark at his own game. Years later and after having Duke, a good samaritan who took her in, save her from life on the streets Riley had become a renowned cop who was known for tracking with her dog Cooper. One of the people who helped train Riley in law enforcement was Clay Bowman and he and Riley had a little hook up back in the day.

So as the sexual tension grew again between Riley and Bowman the Shark was again in Riley’s life taking aim at not only her but her soon to be adopted teenage daughter. Bowman and the Riley were working hard to find out who the Shark was and who were these men that played against the Shark knowing that a human life was at stake. This book is properly listed as suspense because it kept you on the edge of your seat trying to figure out how this would all fall in to place. Be ready for one hell of a surprise once everything is played out. Does Riley and Bowman finally get their happily ever after or is the responsibility of having a teenage daughter and a career too much for these two to be able to make it? Now I’m waiting patiently for whatever Ms. Burton comes out with next. 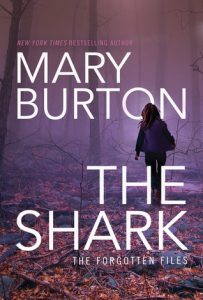