The duet is complete! Don’t miss out on this amazing series by New York Times Bestselling Author, Violet Duke! 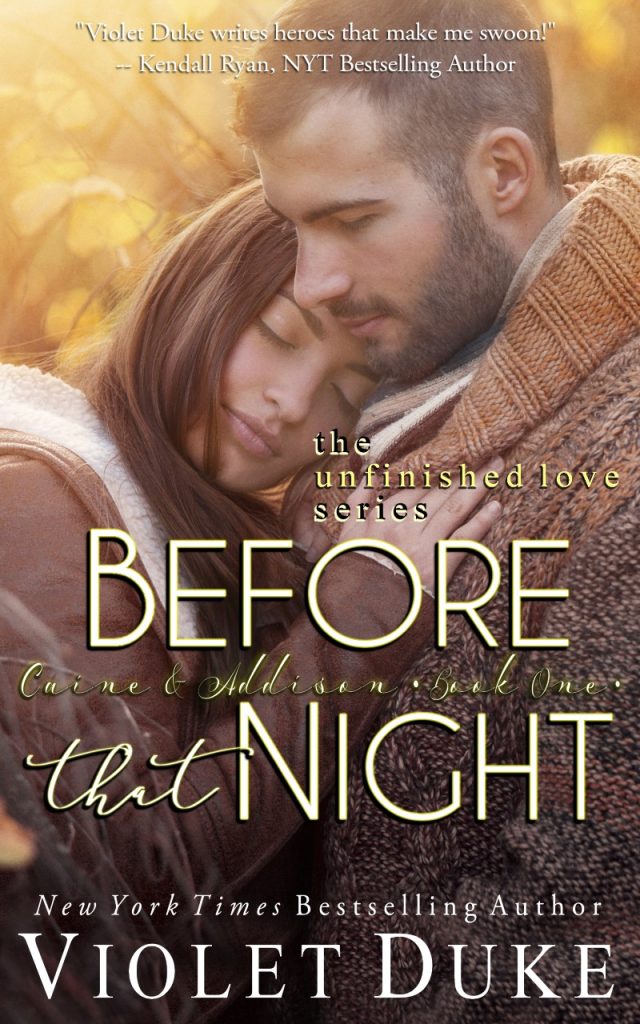 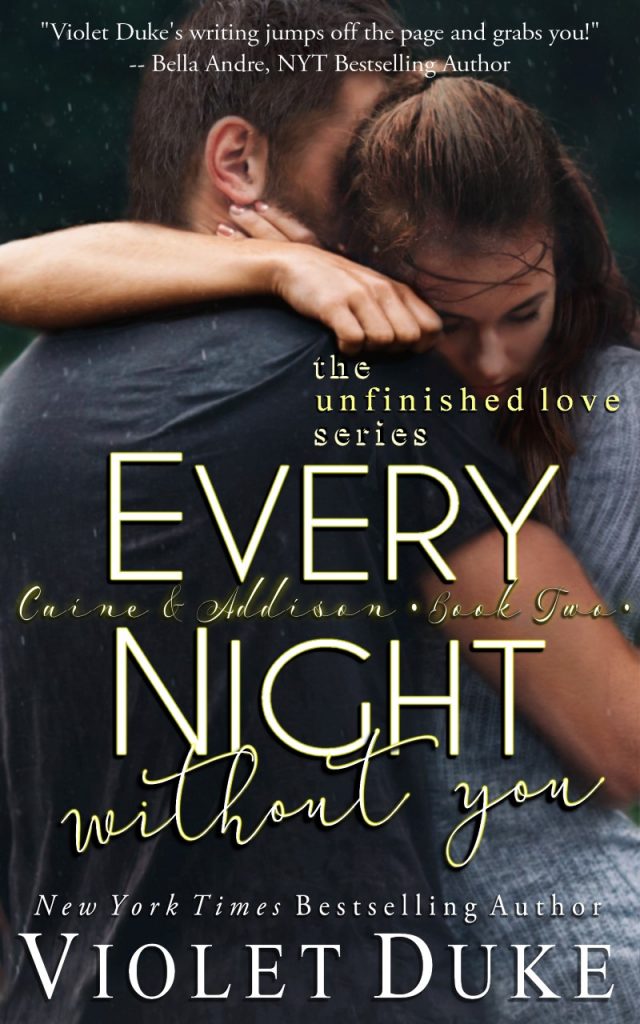 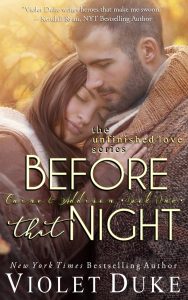 – A USA TODAY Bestseller! —
Before that night, Addison Milan had been just a college dropout secretly raising her two young siblings in a beat-up minivan she’d bought with her first semester’s tuition refund–the only money her addict mother hadn’t taken off with when she’d abandoned them nearly two years ago.

Before that night, Caine Spencer had been just a rough, gruff cop sent to check out the phoned-in claims of suspected child neglect involving the same woman he’d met just months prior when she’d first served him the city’s worst diner coffee…which he’d been drinking daily ever since.

Before that night, Addison would never have thought the man she’d been fighting hard not to fall for–her only friend in her new shadow of a life–would be in a position to rip her family apart.

Before that night, Caine would never have believed any woman could make him fall head over heels, let alone make him feel so damn compelled to look the other way when it came to his job.

Then that one perfect night changed everything.

BEFORE THAT NIGHT (Bk 1 of 2) chronicles the events that take place seven years prior to EVERY NIGHT WITHOUT YOU (Bk 2 of 2), Caine & Addison’s story of love, sacrifice, and the lengths one will run–and chase–when their past threatens their future.

EVERY NIGHT WITHOUT YOU 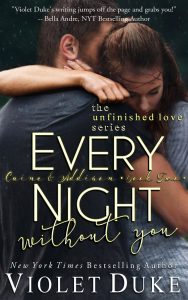 Wondering whether that night was as burned into her memory as it was his.

Seven years having his heart tethered to Addison―and now she’s back. With even more reasons to run than she’d had then.

Only this time, Caine isn’t letting the gorgeous little flight risk out of his sight.

Regardless of how noble her reasons may be.

“Violet Duke is my go-to read when I just want to immerse myself in a captivating romance.” – NYT bestselling author J.S. Cooper

EVERY NIGHT WITHOUT YOU (Bk 2 of 2) takes place seven years after BEFORE THAT NIGHT (Bk 1 of 2), and is the conclusion of Caine & Addison’s story of love, sacrifice, and the lengths one will run―and chase―when their past threatens their future. 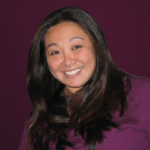 NEW YORK TIMES & USA TODAY bestselling author Violet Duke is a former English Ed professor ecstatic to now be on the other side of the page writing emotion-rich stories with fun, everyday characters and sweet, sexy match-ups. Since her acclaimed debut series in 2013, over a million readers have put Violet’s “laugh & cry” contemporary romances on the USA Today bestseller list sixteen times, the NYT bestseller list three times, and the Top 10 charts across the major eretailers both in the U.S. and internationally.

When she doesn’t have her nose in a book, Violet enjoys the live-out-loud-in-your-PJs sorta lifestyle she loves writing about, which involves lots of: 1) excuses to use her power tools, 2) doing stuff without checking the directions, and 3) impossible-to-be-duplicated ‘special edition’ dishes that laugh in the face of recipes. Born and raised in Hawai’i, Violet continues to live the no-shoes island way with her kids (daughter Violet & son Duke) and husband (aka their ringleader…and her most devoted fan).