Up In Flames by Abbi Glines #BlogTour #5Star #Review 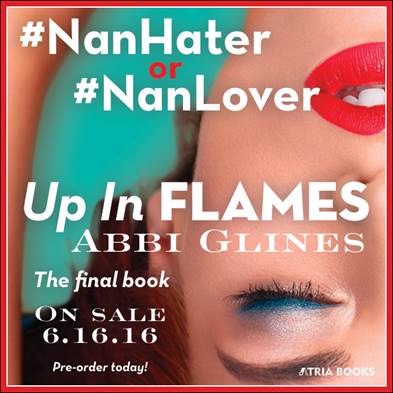 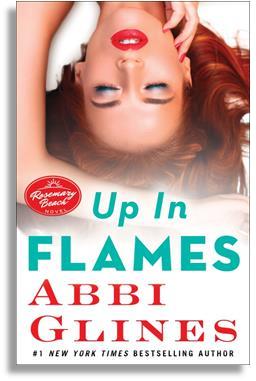 As the Prada-clad bad girl of Rosemary Beach, Nan Dillon has been called every vile name under the hot summer sun. Some of her reputation is deserved—she’s never had to worry about anything but maintaining her perfect figure and splitting Daddy’s private jet with her brother, Rush. But Nan is far from happy. Grant, the last guy she truly cared about, chose to be with her half-sister, Harlow, instead of her. And Harlow, who has never gotten over the way Nan treated her when she first moved to town, remains distant.

So when Major asks her out, she jumps at the chance to date the gorgeous charmer. Though she doesn’t know much about the sweet-talking Texan, and though it’s clear he doesn’t want to be exclusive, dating him beats hanging out with vapid socialites or watching Netflix alone at home. For a while, Nan deals with Major’s playboy ways, but after he burns her one too many times, she takes off for an impromptu wild weekend in Vegas. There, she meets Gannon, a darkly seductive and oh-so-dangerous businessman who knows exactly how to handle her.

With Major asking for a second chance and Gannon haunting her dreams, Nan has to decide who to give her heart to. But what she doesn’t realize is that these players are involved in a much bigger game—and they’re already two moves ahead of her.

This is the final book in the Rosemary Beach series, and it is Nan’s book.  We first met Nan in the earlier books in this series, and she was a royal b**ch!  What the majority of people in her life failed to see was that Nan was a product of her environment.  The absence of her father as well as her detachment from her mother have molded her into the person she is today.  Nan has been hurt terribly in the past, so she has built a fortress around her heart.  She thinks she is unworthy of love, and her outwardly facade of anger and cruelty further solidifies her role as somewhat of an outcast. Can someone like Nan find redemption?
Once again, Abbi Glines has created a story/series that will draw the reader in from the very first chapter.
While I am sad to see this series coming to an end, I will say that the way the book ended was just perfect.  There has been much speculation over which character would be the one to win Nan’s heart.  Of course, I am not about to reveal the identity of said character, but I will say that he is perfect for Nan!
Another great book, Abbi Glines! 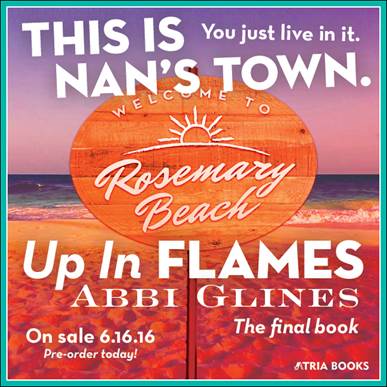 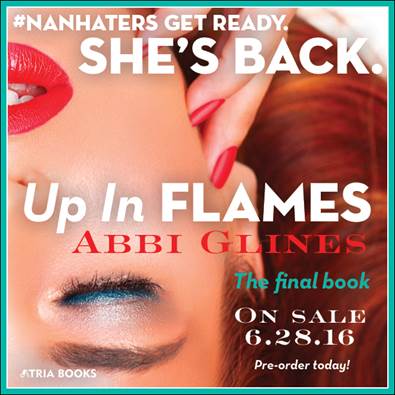 Abbi Glines is the New York Times, USA TODAY, and Wall Street Journal bestselling author of the Rosemary Beach, Field Party, Sea Breeze, Vincent Boys, and Existence series. A devoted book lover, Abbi lives with her family in Alabama. She maintains a Twitter addiction at @AbbiGlines and can also be found atFacebook.com/AbbiGlinesAuthor and AbbiGlines.com.