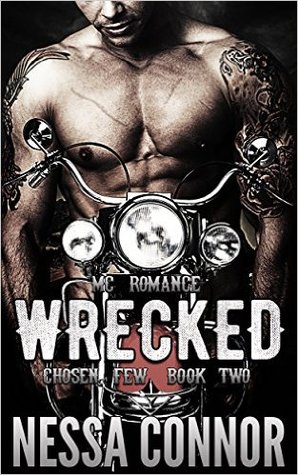 Love can come in surprising ways…but so can danger.

Greg Jones, mechanic for the Chosen Few MC, isn’t looking for a relationship. After burying his beloved wife years ago, he expects to spend the rest of his life alone. But Melanie Wilford, his niece’s hot, brilliant teacher, makes him hunger for things he’d long ago forgotten.

Melanie thinks teaching seventh grade is plenty exciting enough – she’s not the thrill-seeking type. An outlaw biker, even one as hunky as Greg, is not the kind of man she’s imagined herself with. Despite his affiliation with the club, she finds herself slowly lowering her guard with his gentlemanly courtship.

Just as things start to heat up between the unconventional couple, Melanie and her students, including Greg’s niece, are taken hostage and forced into the desert by a heavily-armed psychotic. The Chosen Few are ready to ride, but can Greg and his outlaw brothers track them in time, or will tragedy destroy his newfound chance at happiness and shatter his heart for good?

What do a biker and a school teacher have in common? Hot sex, of course. Well Greg and Melanie did anyway. If you are looking for a hard core biker book dealing with the goings on in a clubhouse this is not it. What is though is a book with two strong female characters one young and one older. Carly was a middle school student who grew up around bikers with her Uncle Greg being a mechanic. Because of Carly’s father’s motorcycle accident Uncle Greg took on some responsibilities for Carly one of which was picking her up from school and bringing her back to the garage to work on bikes once her homework was done. Carly had no complaints whatsoever because she loved everything about the mechanical workings of a bike. And what could be better than having your uncle show up at school on a badass bike to pick you up after school! It drew a lot of attention from the other kids and from Carly’s teacher, Melanie. Melanie had a lot of preconceived ideas of what being a biker was all about. Didn’t they all swear, fight, and have tons of women around them at all times? Not in Greg’s case anyway. Don’t get me wrong because Greg was a biker who had done time for killing someone but was going to see to it that he wouldn’t end up back in prison. Not only did Melanie notice Greg but Greg noticed Melanie too. Carly was a pretty smart middle school girl and could see that there was something between her Uncle Greg and her teacher, Melanie. Once Melanie got over a lot of her misconceptions and gave Greg a chance things only heated up for them from there.

Melanie cared a lot about the kids in her class and there was one in particular she was worried about, Brian. Brian’s dad had mental issues and one day took Brian’s class hostage which included Carly and Melanie. Who would come to their rescue? Would it be the police or the bikers? Who else could get this job done the quickest and the cleanest…well the bikers of course! Was the club able to save all the kids and Melanie or was it a choice they would have to make between the kids or Melanie? Who would come out of this alive? Were Greg and Melanie able to find a happily ever after? 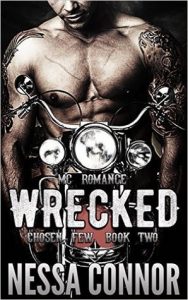