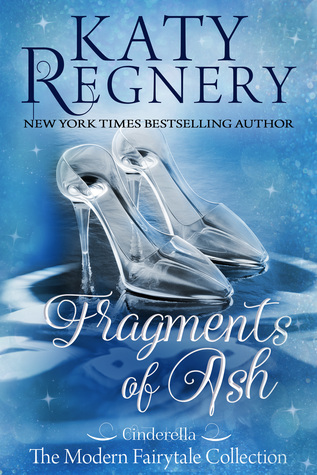 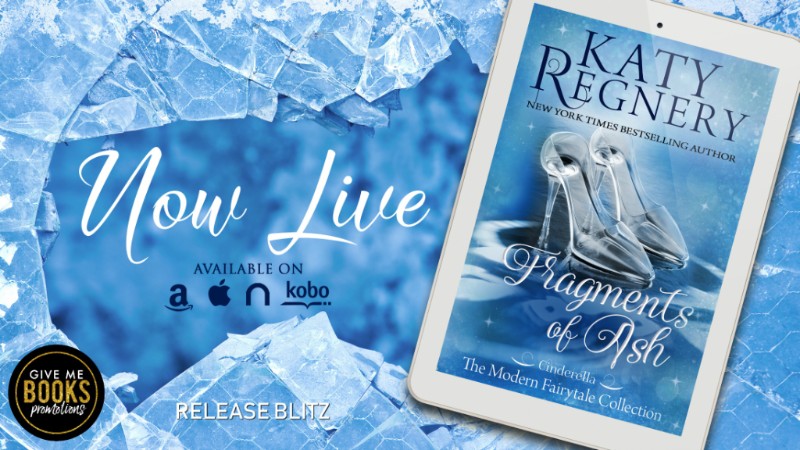 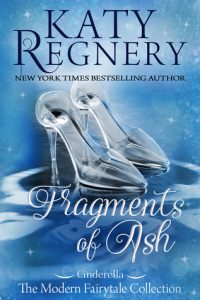 I am a total mess fighting to keep the tears and emotions at bay. Fragments of Ash has left me completely overwhelmed and undone. WOW just doesn’t cover it.

Despite the difficult life and upbringing, Ashley has grown into a strong, loving young woman. When her mother suddenly and unexpectedly dies, she is left only with her stepbrothers and ominous stepfather who quickly elucidates his plan for her now that her mother is gone. Frightened and unsure of her future, Ashley invokes the help of the few people she knows she can trust and goes into hiding to avoid the horrible fate that awaits her if she is forced to return home.

After destroying his future and failing at his lifelong dream, Julian tucks himself away trying to come to terms with the mistake he made. So when his seclusion is interrupted by a beautiful young woman who is seeking safety and shelter, Julian is infuriated. Despite the sweetness she seems to exhibit, Julian’s past continues to haunt him leaving him unable to trust another woman.

But when Ashley’s unspeakable situation is revealed, Julian begins to let the walls down and quickly starts to feel a connection with her as well as a trust that he never believed he would feel again. And though Ashley is young and inexperienced with men, the time she spends with Julian begins to ignite an attraction as well as feelings she has never before experienced. With the connection they share, Julian soon becomes very protective of Ashley and makes it his responsibility to keep her safe from the harm that would befall her should she be found. Can Julian keep Ashley safe and will they ever be able to express the love they both feel and find the happily ever after they deserve?

I loved loved loved Ashley and Julian. Fragments of Ash, though inspired by the Cinderella fairytale we all know and love, with the ingenuity and pure writing talent and magical creativity of Katy Regnery, it has taken on a life of its own. I really wasn’t sure what to expect as I picked up my iPad to begin my journey with Ash and Julian. But Ms. Regnery completely captured my soul with this story which is replete and overflowing with suspense, sorrow and a beautiful loving and spectacular romance. Though my initial read of this book was an eBook, Fragments of Ash is a must have in paperback as it deserves to be displayed with the other fantastic and captivating fairy tales penned by Ms. Regnery. She has once again completely outdone herself making me realize once again why she is at the top of my list of authors that are a must read without ever having to look at the synopsis of the story. Beautifully and fantastically well done Ms. Regnery! Well done indeed!! 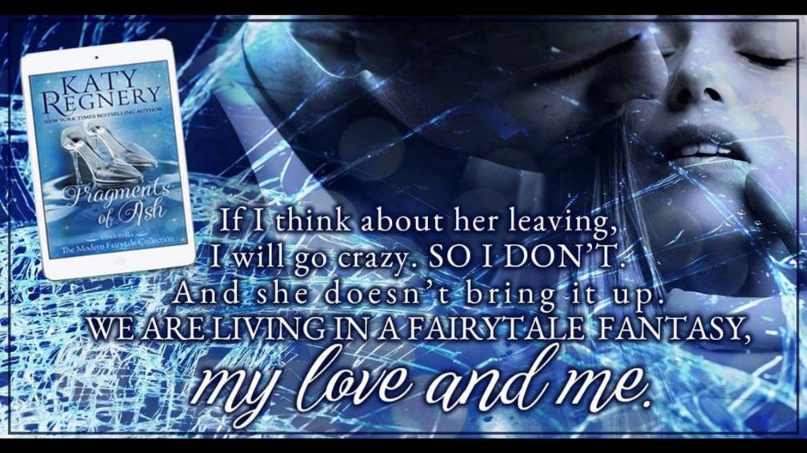 Instead of going inside, I walk around the house, to the backyard, to see if I can help bring in any dirty dishes, but the picnic table is empty. All traces of our dinner party have already been cleaned up by the Ducharmes siblings.
I look up at the midnight sky, at the dozens and dozens of stars, and I wonder if Gus is right. What he says feels right, but I feel very young and very small as I stare up at the universe. It’s not wrong to give yourself over to loving if the chance arises.
“We get amazing night skies up here.”
I look over my shoulder and find Julian, tall, barefoot, and beautiful, walking toward me.
“Yes, you do,” I answer, giving him a shy and tentative smile before I turn my attention back upward.
My skin prickles with awareness. My lips tingle, remembering the insistent pressure of his. And elsewhere in my body, I clench hard, willing those deep-set tremors not to start up again right now. I want to believe what Gus has told me—that liking and wanting a man isn’t wrong—but it’s new to me, and I need a little time to reconcile my desire and conscience together.
“When I lived in DC, it was what I missed the most, besides Noelle. More than the cheese. More than the beer. More than the skiing.” He stops, standing beside me, staring up at the firmament. “I missed Vermont’s night skies. And the millions of stars.”
“I can see why,” I say. “When I lived in LA, I never saw stars.” I giggle. “I mean, I saw the people kind, but not the sky kind.”
“Who’s the most famous person you ever met?”
“Hmm. Maybe . . . Gigi Hadid . . . or Bella? Hmm . . . Or Cara Delevingne? Kate Moss mentored my m—Tig for a while, um, and she knew Gisele, of course. Also—”
“Wait a second! Gisele? Did you ever meet Tom Brady?” he asks, his voice eager.
“Let me guess.” I glance at his face. “Patriots fan?”
“The biggest.”
“Tig went to their wedding, but I never met him. Sorry,” I say, giggling as he lays a hand over his heart and pretends to cry. “Speaking of the rich and famous, Noelle tells me you met the vice president while you worked in Washington.”
“She did?” His teasing expression disappears quickly as he straightens, dropping his hand. “Uh, yeah. Long time ago.”
“Not so long,” I say.
“Yeah, well . . . I guess it just feels like a while ago.” I wait for him to say more, hoping to learn why he left Washington so abruptly, but he stretches his arms over his head and yawns. “I’m tired. You must be exhausted.”
“At school I was on the dining hall rotation, which meant cooking for one hundred souls regularly. Tonight was a breeze.”
“Your soup was amazing.”
“Thank you.”
“The steak too.”
“Thank you again.”
“And the tart.”
“That was your sister. Let her know you thought so.”
“And the kiss.”
“Thank—” I’m grinning at him, but my eyes widen at his unexpected compliment, and I immediately look back up at the sky. It’s dark out so he can’t see my blush.
His chuckle is soft and low beside me, and maybe I’m wicked for not feeling more guilty, but I feel my smile grow as I trace Orion’s belt. I don’t dare look at him, but I feel him step closer to me, the warmth of his chest radiating against my back. If I moved slightly, one step even, his body would be flush against mine, and the shiver down my arms has nothing to do with the night chill. I want him to touch me, but I know he won’t.
As though he can read my mind, he whispers, close to my ear, “Not unless you ask.”
I close my eyes and say a prayer for strength and virtue, which, sadly, works, because the next thing I hear is his footsteps receding.
“Good night, sweet Ashley,” he says to my back, his voice a low rumble.
My eyes open slowly to the glittering heavens.
“Good night, sweet prince,” I whisper to Julian’s stars.

Fragments of Ash is part of the ~a modern fairytale~ collection: contemporary,

AND IS NOW AVAILABLE