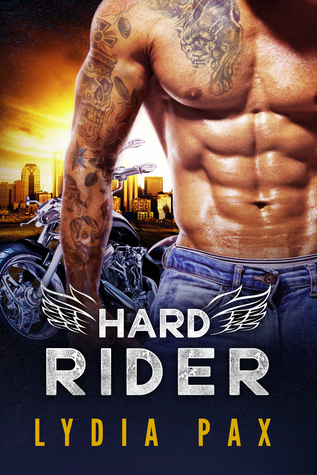 Nobody screws me. I take who I want, when I want, and I always leave them wanting more.
I want more too. Hurt this deep doesn’t heal.
After meeting June, I know she’s the fix I need for the pain.
Her family’s full of cops? So what?
All I want is her. Those luscious curves, the lips that won’t quit, hips that make my heart pound like a drum.
My outlaw brothers say me and her together will tear this whole town apart.
I don’t give a damn.

I never wanted to come home. There’s nothing here but old wounds too bitter to heal.
The day I returned, I met Ram. He’s an outlaw biker built like a god, but there’s nothing divine about his desires.
When he tells me he needs an old lady to stay in his club, we start a dangerous charade.
He gets a woman and time. I get my sheriff dad off my back. Breathing room.
But every breath around Ram is lightning hot and undeniable.
I can’t be with him for real. He’s every kind of wrong there’s ever been. Unless we’re careful, we’ll rip our lives apart.
But what’s happening between us feels too right to ignore, no matter the cost…

Reid Maddox aka Ram was a bad ass biker with a bad ass attitude even for an outlaw biker. His father was Prez of the Wrecking Crew and his mother was killed when he was five when the cops came into their home and killed her. Needless to say that Ram learned early on that nobody was lower than cops and it was only the beginning for Ram loosing people who meant something to him. This is what set all of his anger in motion and Ram used that anger to the point of having his brothers start to doubt his control and place in the mc. What better way to prove to them all now that he is taming his temper down than to let them believe that he is now taking on an old lady.

June grew up the daughter of the sheriff in her town and their family came from generations of cops so nobody had to toe the line more than June did. Just what any teenage girl wants… Guys afraid to go out with you because of your father’s position. June does the only thing she can and that is to leave town and go to college elsewhere to try to distance herself from her very controlling father. After graduating college and the job prospect sucking along with a break up with her boyfriend June has no choice but to head back home and only hope that four years away has changed things. She only plans to be there as soon as she gets some money saved up to leave that damn town forever.

Just before getting back home her car breaks down and that is when Ram lays eyes as this hotter than hell woman who he also figures is way out of his league. So Ram goes into the café to meet with his father and the higher ups in the club because he is getting his warning that the mc has big issues with him and his anger and has only a short time to get his sh*t together or he is out. That’s when he sees June inside the café and has the great idea to see if she will go along with his idea to introduce her as his old lady to the guys at the table. He will fix her car and all she has to do is play along with his little charade until things blow over. Ram has no idea that this is the daughter of the sheriff who is trying to take the club down. Imagine his surprise when he finds out!

Talk about two opposites…or not. These two have so much more in common than even they know and that is what starts to lay the foundation for a relationship that is fueled by some pretty intense chemistry. Is Ram able to redeem himself with his mc or is finding out that he is keeping company with the sheriff’s daughter enough to get him booted from the mc faster than his temper? How far is June’s controlling, crazy father willing to go to get her to toe the line and marry the mayor’s son and forget this crazy idea of hers of walking on the wild side with Ram? This book is for anyone who loves a good outlaw mc book with a couple that will have you hoping that they can see for themselves how right they are for each other before they are pulled apart by those around them. I have found myself a new author to follow and I’m hoping that she has more in store for the guys from the Wrecking Crew.