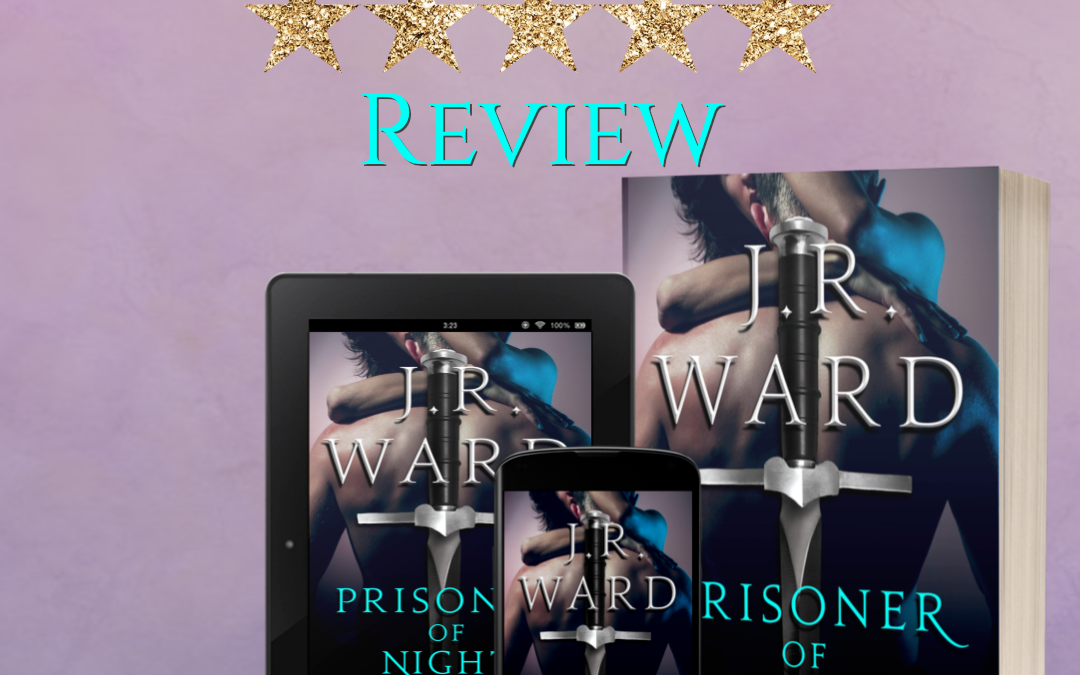 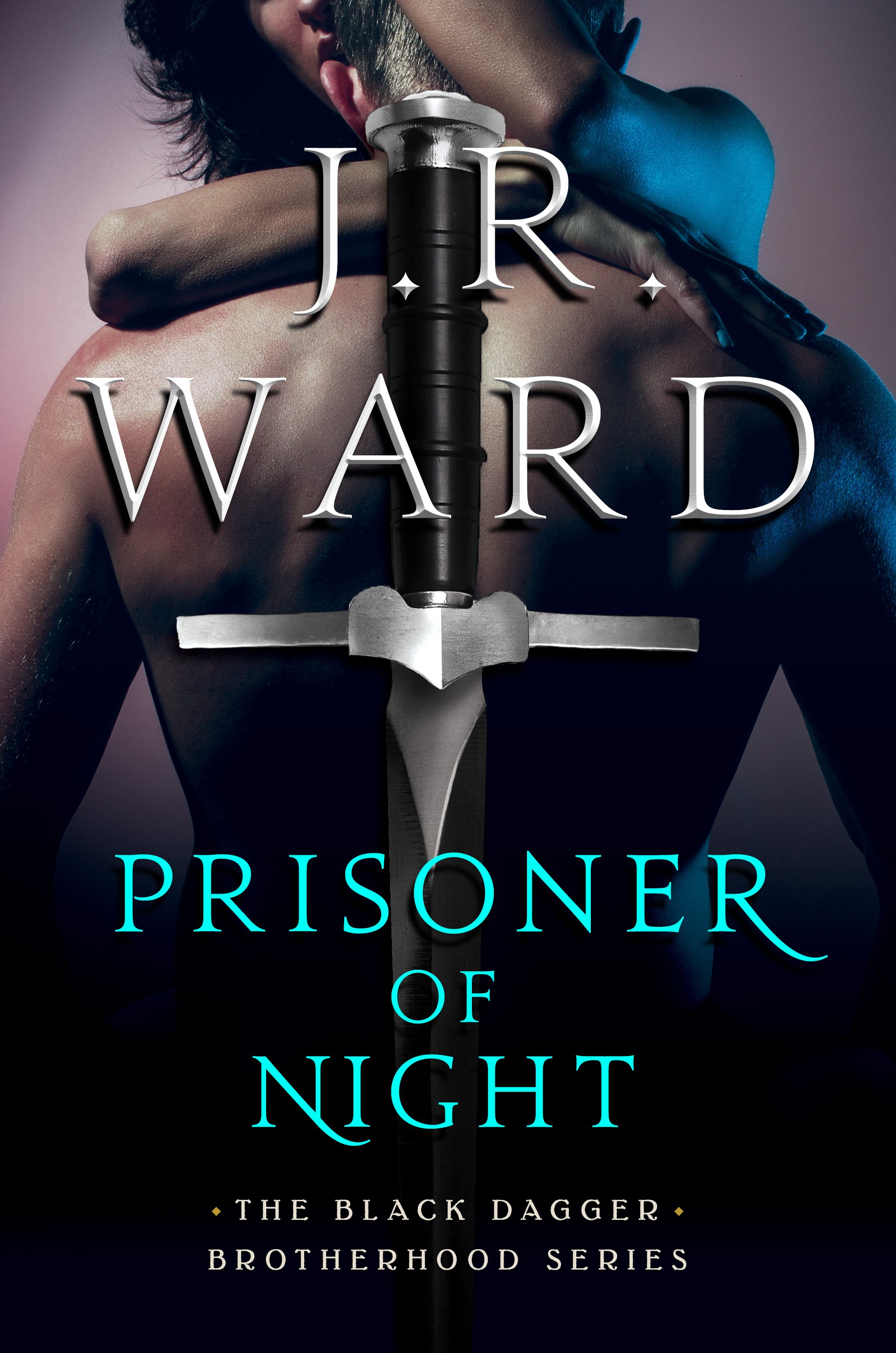 When Ahmare’s brother is abducted, there is nothing she won’t do to get him back safely. She is unprepared, however, for the lengths she will have to go to save his life. Paired with a dangerous but enticing prisoner, she embarks on an odyssey into another world.
Duran, betrayed by his father, imprisoned in a dungeon for decades, has survived only because of his thirst for vengeance. He has been biding his time to escape and is shocked to find an unlikely and temporary freedom in the form of a determined young female.

Battling against deadly forces and facing unforeseen peril, the pair are in a race to save Ahmare’s brother. As time runs out, and the unthinkable looms, even true love may not be enough to carry them through.

This book is very much a standalone within the Black Dagger Brotherhood Series. It is not about any of the Brothers. It is about others within the race.

Don’t let the lack of Brothers detour you from this story. It’s amazing and every bit as good as its predecessors.

Ahmare and Duran are amazing. Theirs is a tale of perseverance and coming out on the other side better because of the journey that brought you there.

In short, I loved this story, it hit all my ticks for a great BDB book even without the Brothers along for the ride. Ahmare and Duran were able to hold their own and I hope that we might catch glimpses of them in future books.

Duran spit blood out of his mouth and spoke over the ringing in his ears. “I’ll never tell you—”

Chalen the Conqueror swung his open palm again, nailing Duran’s lacerated face like a bat hitting a fastball. But it didn’t hurt as much as the other shit they’d been doing to him in this castle’s great room. They’d already pulled out his fingernails, broken all of his toes, and whipped his back until strips of his own flesh flapped against his ribs. At the moment, he didn’t have the strength to keep himself on his feet, but no worries there—two guards, with grips locked under his pits, were holding him up off the floor.

As his head flopped back into its lolling hang, he shook it to get the sweat and blood out of his eyes. In the hissing, kicking light of the hearth, the male in front of him was stocky of build and ugly of feature, an oak stump with a bulldog’s muzzle and a hungry bear’s bad fucking attitude.

“You are going to tell me the location.” Chalen took Duran by the throat with one of his meat hands. “And you’re going to do it now.”

The conqueror grabbed onto the lower half of Duran’s face, squeezing so hard his jaw split and the inside of his mouth was forced between the hard-and-sharp of his molars. More blood welled, spilled, fell on his bare chest.

“Why are you protecting the male who put you here?” Chalen’s opaque eyes searched Duran’s expression as if he were trying to extrapolate a map of Maryland in the features. “All you need to do is tell me where that facility is.”

Duran waited for that grip to release. When it did, he spit more blood out. “I’m not . . . protecting him.”

“Then what are you doing?”

Chalen crossed his strong-man arms over his barrel chest. He was dressed in weapons, whatever clothes he had on underneath the holsters of guns and knives largely hidden by metal. No daggers, though. He’d never been Black Dagger Brotherhood material and not just because he was a mutt according to his lineage: Even among black market thieves, there was a code of conduct.

Not for Chalen. He had no code. Not in the Old Country, and not during his last century here in the New World.

There was only one male who was worse.

“I will break you,” Chalen said in a low voice. “And I will enjoy it.”

Duran laughed in a wheeze. “You have no idea what I’ve already been through—”

Chalen swung that palm wide again, the crack so heavy Duran lost his vision, everything going checkerboard. And then there was a drop in blood pressure, his brain emptying of oxygen, floaty disassociation riding in, a foggy savior buffering the suffering.

The sound of chains moving and gears shifting brought him back to reality. A section of the sweaty stone wall rose by inches, the great weight ascending like a gate, revealing a corridor . . .

Revealing a male who was naked but for a black hood that covered his head.

“I will make you pray for death,” Chalen said. “And when you give me what I need, you will think back to this moment. When you could have saved yourself from so much.”

Duran exhaled in a gurgle. His body was on fire, the pain burning through his veins, turning him into a semi-living, kind-of-breathing, sort-of-conscious incubator for agony.

“Do what you will,” he mumbled. “I’m not going to give you a goddamn thing.”

“I will make you wish you were never born.”

As the hooded male came forward, Duran was dragged over and slammed face-first down onto a table, his torso bent parallel to the floor. Turning his face to the side, he smelled the spoiled meat and rancid fat embedded in the fibers of the planks.