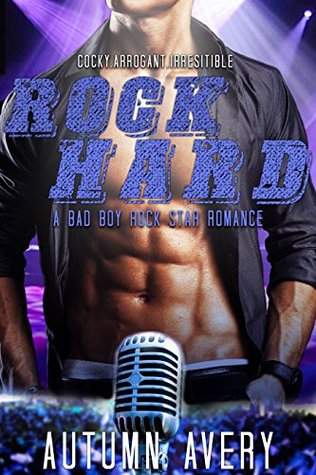 Tommy King. The world’s most famous rock star, and I’m stuck with him.

He’s cocky, arrogant, and a total player. So why do I find him so irresistible?

I’m a good girl, not one of those groupie, bimbos that are constantly throwing themselves at him.

Is it the rock hard abs? His rugged good looks and the way he’s so sure he’s going to make me his — or is it our secret past?

Not many people know, but Tommy King had a crush on me back in high school, when he was Tommy McPherson. He asked me to the dance and then disappeared, formed his band and went on the road, leaving me to wonder for years.

And now he’s a celebrity, and I’m a struggling photography assistant assigned to document his U.S. tour.

Is the Tommy I remember still in there, or is he just a vain, egotistical jerk now? I guess there’s only one way to find out…

I never thought I’d see Alex again, but when she burst into my dressing room before the photoshoot, I knew I had to have her.

I had my eye on her back in high school, but I never got a chance to follow through. I ran away from home, formed the band, and the rest is history. Since then my life has been nothing but righteous babes and rock n’ roll.

No kids. No commitments. That’s my motto.

But something about Alex makes my head spin.

She’s sweet, professional…innocent. She’s everything the girls I get with aren’t, and it’s driving me wild, and no matter how hard she tries to deny it, I know she still wants me.

We never got to finish what we started – Hell, we never even got our start. But now she’s back, and she’s not going anywhere.

How does your head say no, no when every other part of your body is saying yes, yes?! That’s what Alex had going on when she met up again with rock god Tommy King. I say again because Alex had first known band geek Tommy back in high school and he had finally asked Alex to a dance at school. Tommy never showed up to school after he asked her out for that Friday dance which left Alex wondering what could have been.

Now we fast forward and Alex is doing an internship for a photographer who just so happens to be shooting the pics for the rock band The Scars Inside of which Tommy is lead singer. She isn’t sure about this meeting with Tommy because after all he did stand her up for that dance back in high school. She has seen T.V. and magazines with now famous Tommy King…rock god and she can tell that he is definitely living the rock star life with women, parties and more women. She figures that he probably won’t even remember who plain Alex is anyway. She found out quickly the hard way that Tommy is living in the fast lane when she is sent to the dressing room to get him for his shoot when she opens the door with Tommy half dressed with three women all over him in a bed. Yep, definitely not the same bank geek Tommy from high school!

Once Tommy begins to realize who Alex really is he wants to keep pushing her buttons and see if she could be another of his conquests. Even though Alex is very inexperienced in the bedroom she is sure one tough cookie to deal with because she takes no shit from anyone…including Tommy. Tommy figures since they are leaving for a tour the next day what better way to have Alex around him to give him time to “break” her than to offer her a job she just can’t refuse as being the tours official photographer. Because she is so short on cash to even pay for her shared apartment she begrudgingly takes him up on the offer because she thought that the Tommy she once knew is nothing but an arrogant ass of a rock star. There is no way she is letting him get to her no matter what he tries. And surprisingly to Tommy himself he is trying. He wants her in every way possible and as luck would have it Alex has to bunk with Tommy on the tour bus but Alex insists that pillows have to be placed down the middle of the bed. Yeah we will see how that works! So is Tommy able to break through to Alex and will he actually want to have her around once he has had that first taste of her? Can Alex decide who she actually wants to win; her head or every other part of her body? If Alex does lose her V card to Tommy can she really conform to the lifestyle of a girlfriend to a rock star anyway?

This is the first time reading this author and I feel that she is a real pro at writing an outstanding rock romance and this is coming for a person that reads anything with rock stars! Some may say that it is the same old story but this was so well written that it felt that that very first time all over again. There were times that I was reading along and I literally felt my heart breaking right along with Alex. So, I have to say that I am a big fan of this author and most definitely of this book! 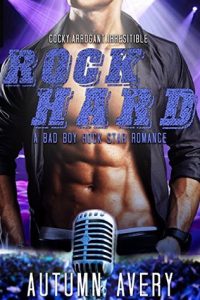