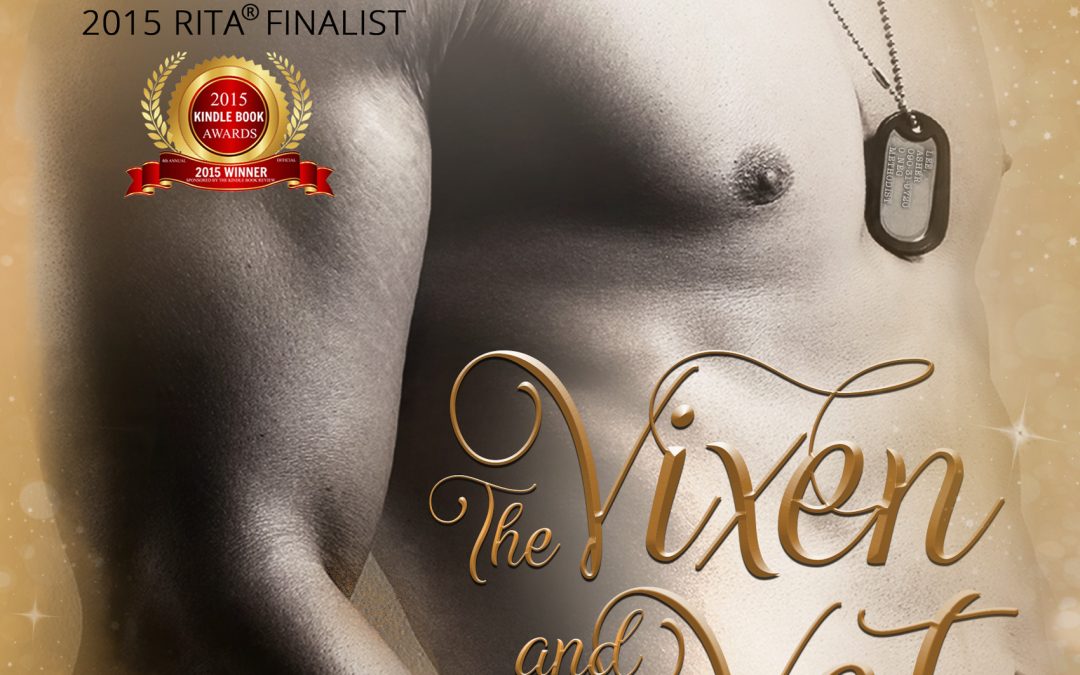 Have you seen the new covers for The Vixen & The Vet by Katy Regnery?!
GORGEOUS! + Don’t Speak is only 99c for this week only!

BUY The Vixen & The Vet NOW!

“You get to a point where you have to decide whether or not you want to live,” he said. “You only have one hand, and your whole body’s a world of pain. And you look in the mirror and you know—” His voice hitched and halted, and he cleared his throat. “You know you’re going to be alone … and that no one is ever going to … no one …”

His breathing was fraught and heavy through his nose again, and Savannah suspected he was crying as hard as she was, so she turned in his arms again, and without looking at his face, she gathered him against her body. Her legs tangled with his, her breasts pressed against his chest, and she rested her lips to the pulse in his throat. His arm tightened around her back, and his shoulders shuddered with quiet sobs.

And then she knew, she realized in startling, terrifying detail, that Asher Lee had had no one to come home to. After years in Afghanistan, far away from Danvers, there was no one left to welcome him home. No loving parents. No friends. No one but an old friend of his grandmother’s, who agreed to come and keep house for him. He’d been utterly alone. He’d had no one left to live for, and yet he’d decided to live.

She kept her arms around his neck as he wept into her shoulder. Her own tears kept up a steady stream as she finally understood the depths of his despair, of his crushing loneliness. It broke her heart. It dented her soul.

How in God’s name had he stayed alive? With no one and nothing to return to? Unless maybe he’d known, somewhere deep and secret inside, that someday she’d come looking for him.

“Yeah,” he finally managed, clearing his throat and taking a deep breath.

The impact of her words made him quake in her arms, and he exhaled like the wind had been knocked out of him.

Don’t Speak is only 99c FOR THIS WEEK ONLY!