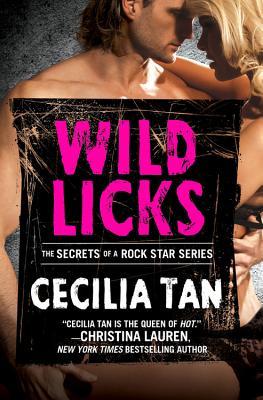 Gwen Hamilton wants to succeed at acting without using her family name: she wants to be judged on her own terms. But when an exercise in Method Acting leads her accidentally into the arms of Mal Kenneally, the rock star with a reputation for unusual sexual appetites, Gwen thinks maybe she’s found the ultimate test of her acting abilities. Or maybe she’s finally met the man who can see the real Gwen underneath the act.

Mal Kenneally has done his best to leave his aristocratic British family behind. The Rough, the rock band he started with his childhood friend Axel, is his family now. But will he be forced to choose between the brotherhood of the band and his growing obsession with Gwen Hamilton?

Mal and Gwen push each other’s limits, each convinced that one day they’ll go too far. But the farther they go, the more they discover that two can delve far deeper than one.

Kink at its best. Mal is the guitarist for rock band The Rough and he is the guy in the band with very kinky needs. Good thing his groupies are all screened ahead of time so some poor girl isn’t traumatized and that says a lot for a groupie. Gwen is a true Hollywood girl trying to make it in the acting business on her own and not by throwing around her family’s name. That family is very rich family and has many secrets of their own. Her mom died a very unconventional death and dear old gramps left a secret family business to both of his granddaughters. Now how many grandpas would leave their granddaughters a BDSM club in your family’s home basement?!

Gwen wanted to try out her acting skills and what better way than playing a groupie at one of The Rough’s concerts. Since her sister is dating the lead singer she had an in backstage anyway. But when one of the managers comes up to the group of girls looking for someone who isn’t shy of some rough play, Gwen willingly takes the opportunity to play a very dirty game with the rock star. Mal is surprised to what extent this girl will go because what he wants is definitely in the kinky side of things and “actress” Gwen is loving this as much as Mal is. Surprisingly since Mal is a one and done type of guy he can’t get this girl off his mind.

Now that the boys have some down time after their stint on the road they are expected to go out in public eye so that they stay relevant and since Axel has Gwen’s sister on his arm they figure that Gwen should go as arm candy for Mal. Here’s the thing though…Mal has no idea that this prime and proper rich girl is the same girl who gets her kink on right along with him.