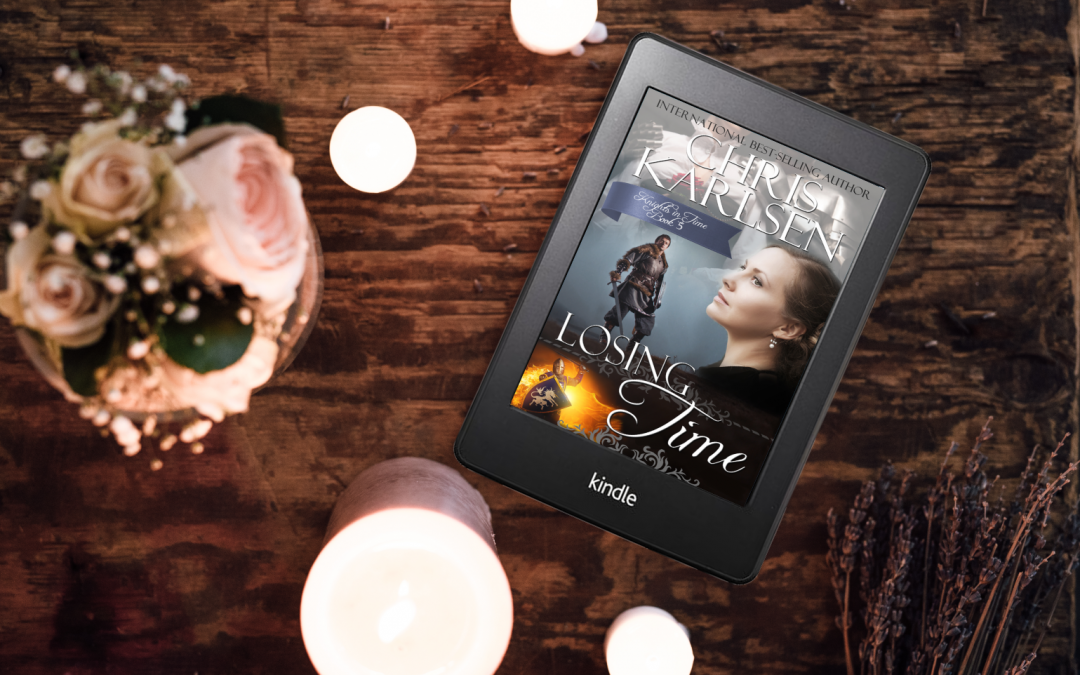 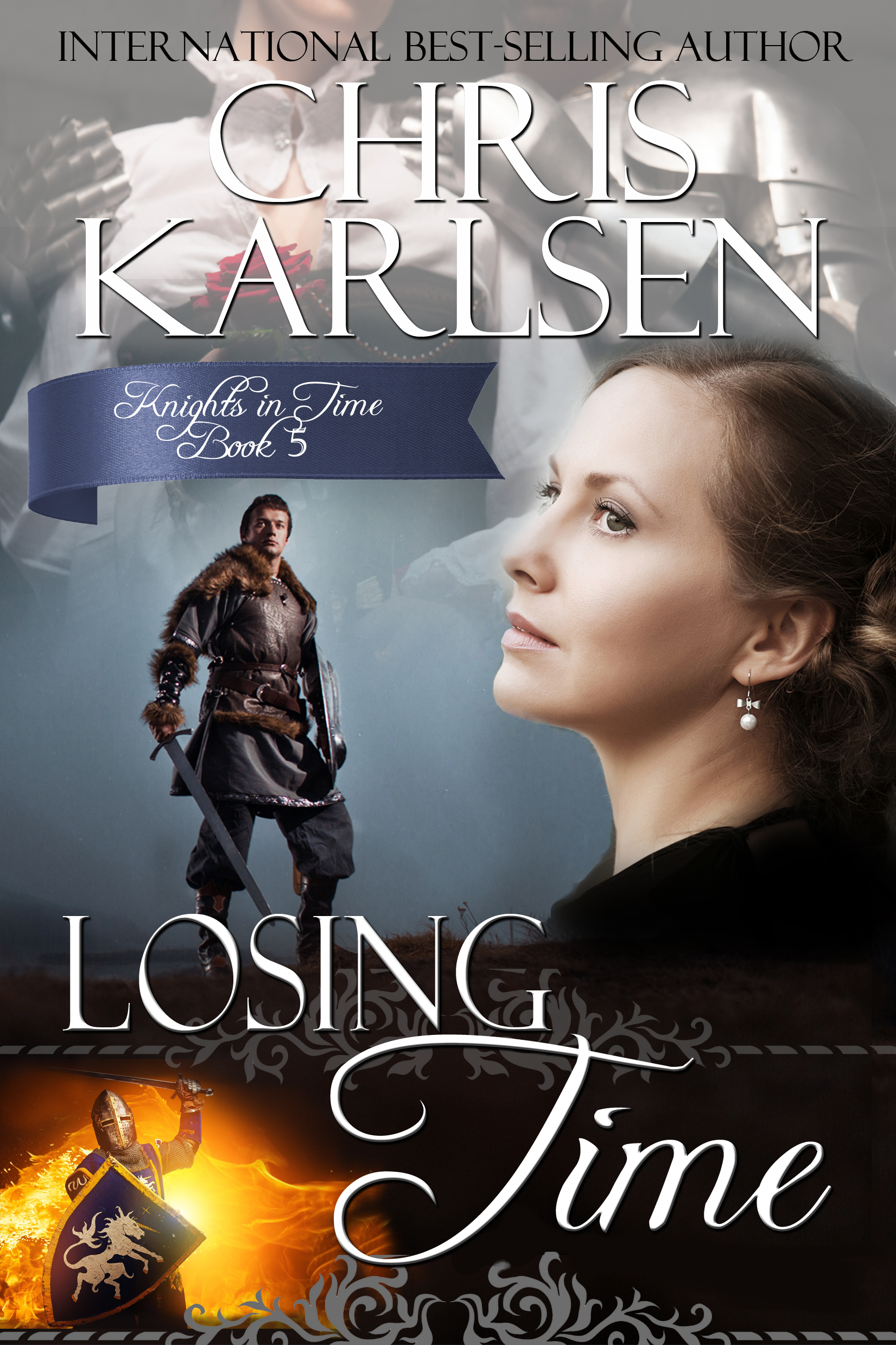 Can love survive the wrong time and place?

Felicia Wycliff’s peaceful stroll through the woods turned to disaster when her dachshund bolted after a rabbit. One minute Felicia was running after the determined little dog, the next she was hurled to the ground. Gathering her wits after her tumble, she brushed herself off and continued her pursuit—-right into three mounted knights who blocked her path.

They were so authentic looking. They might’ve stepped from the keep of the nearby castle, Elysian Fields. But the old Norman fortress was a ruin and had been for three hundred years.

“Seize her,” the middle knight ordered, the knight who sat tallest in the saddle.

“Let me go.” She fought, striking out when the two knights grabbed her. “Who the deuce are you?”

“I’m the Captain of the Baron’s Guard, and you are trespassing.”

Kidnapped, her confusion and fear consumed her. But when they rode through the gates of Elysian Fields, the castle looking as formidable as the date it was built, her terror exploded.

When she fell she knew exactly where she was. But where the devil had she landed?

Emily is out walking with her dog, Chloe, when she suddenly walks into a fairy tale with castles and knights. Who wouldn’t want that? Except, no one would want to mysteriously disappear into a completely different time with no one you know, and your poor little pooch is still nowhere to be found! Honestly, this is probably my favorite part. Imagining Emily talking to a knight about a “wiener dog” like it was just another day. I can just picture their faces. And it gave a great introduction into how the rest of Emily’s story was going to go from there.

What could easily be mistaken for just another time traveling book, a retelling of a popular series, Losing Time stands apart in so many ways. This is the 5th book in the Knight in Time series, but can be read on its own without missing any key information, and without spoiling the previous books in the series. I do feel that any reader should be warned that they will want to read the other books in this series after finishing Losing Time. Everything anyone could want is included in the book: Romance, humor, and a little bit of mystery and magic to bring it all together! 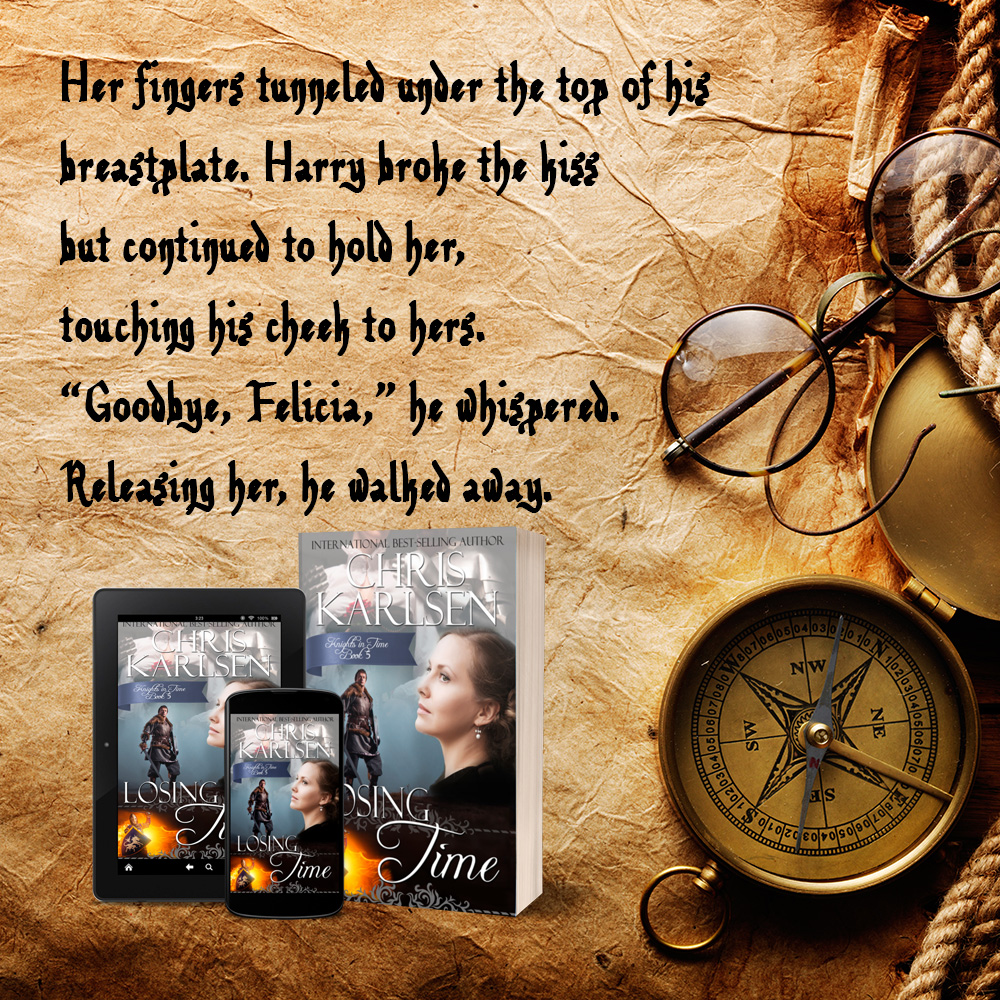 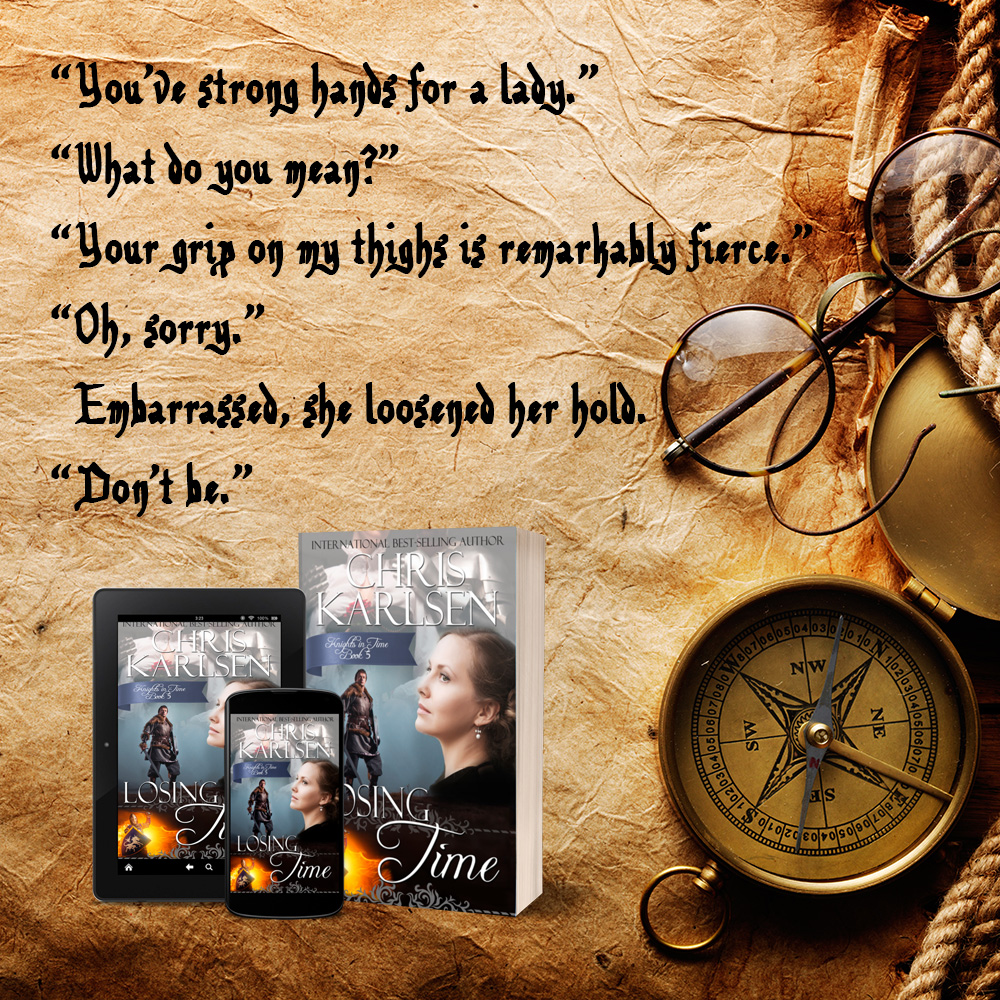 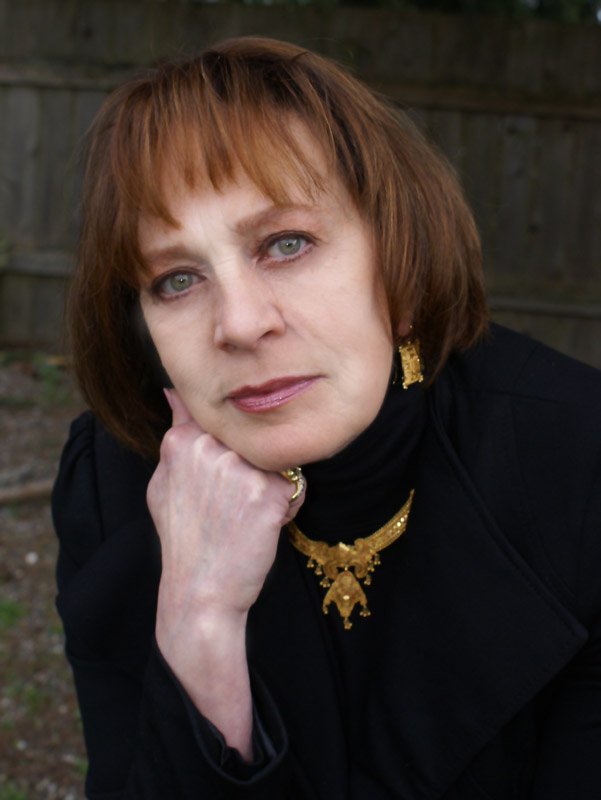 I was born and raised in Chicago. My father was a history professor and my mother was, and is, a voracious reader. I grew up with a love of history and books.

My parents also love traveling, a passion they passed onto me. I wanted to see the places I read about, see the land and monuments from the time periods that fascinated me. I’ve had the good fortune to travel extensively throughout Europe, the Near East, and North Africa.

I am a retired police detective. I spent twenty-five years in law enforcement with two different agencies. My desire to write came in my early teens. After I retired, I decided to pursue that dream. I write three different series. My paranormal romance series is called, Knights in Time. My romantic thriller series is Dangerous Waters. The newest is The Bloodstone Series. Each series has a different setting and some cross time periods, which I find fun to write.

I currently live in the Pacific Northwest with my husband and five wild and crazy rescue dogs.

Get a free copy of Moonlite Serenade 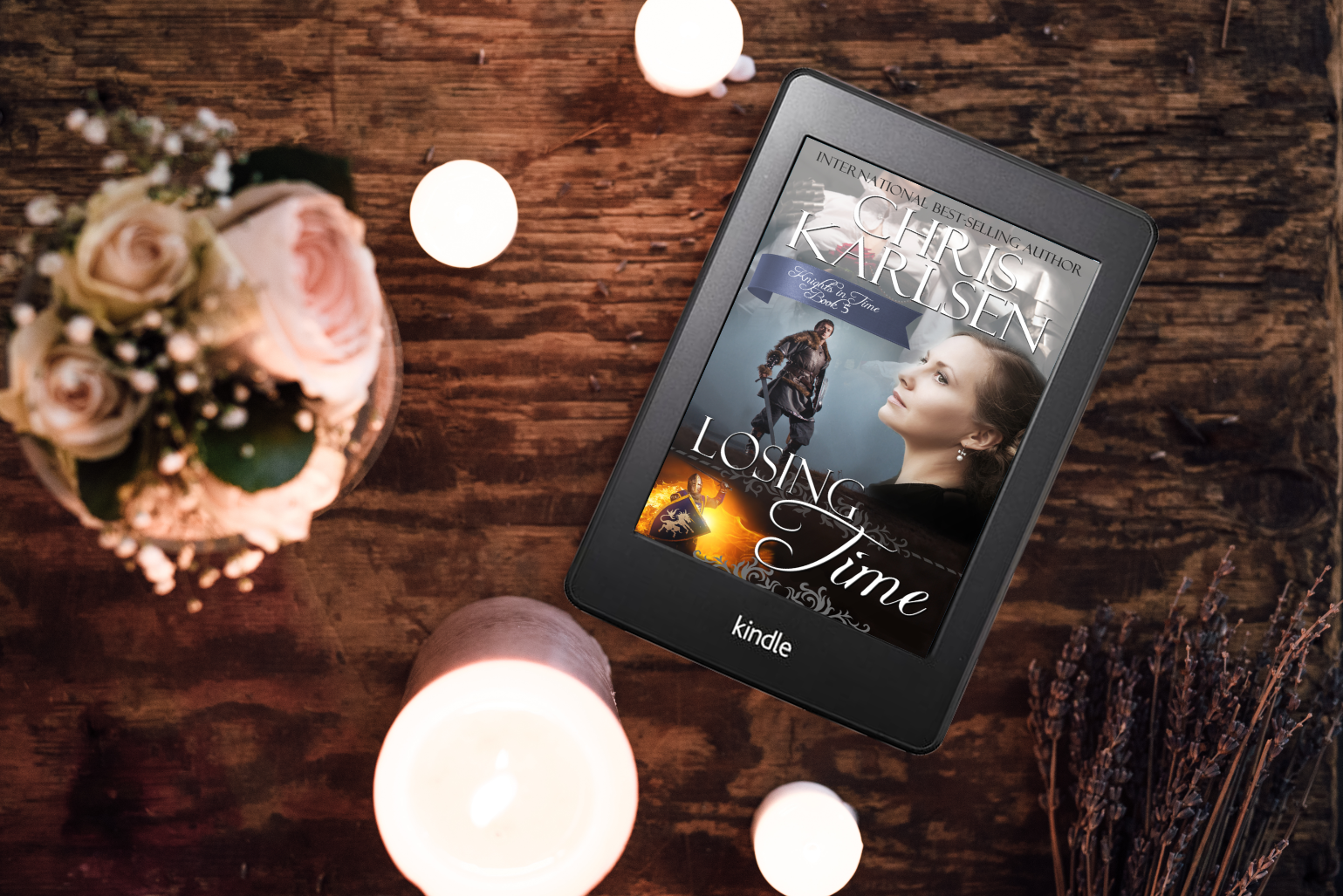